It’s not the first time the heavyweight division’s mandatory situation has been seen as the joke of boxing. But the lack of stipulated title defenses by Anthony Joshua in that sense is becoming farcical.

Despite several orders by sanctioning bodies in recent years, you can count on one hand the number of times Joshua has put his straps on the line against the number one contender.

Winning the IBF version in 2016 against Charles Martin, Joshua quickly began adding to his divisional collection.

Not before making two defenses of the IBF belt against voluntary opposition.

Picking up the WBA and IBO titles against Wladimir Klitschko in 2017, AJ was on a roll and quickly pushing himself as one of the best at 200 pounds plus.

Finally ordered to make a mandatory IBF defense, Joshua was due to be pitted against Kubrat Pulev in late 2017. That fight never happened.

Called off at the last minute by Pulev, promoter Eddie Hearn already had Carlos Takam on standby to take the Bulgarian’s place.

Five months later, Joshua defeated Joseph Parker for the WBO and now had four belts in his possession in a two-year period.

During that time, the Londoner had made zero mandatories. 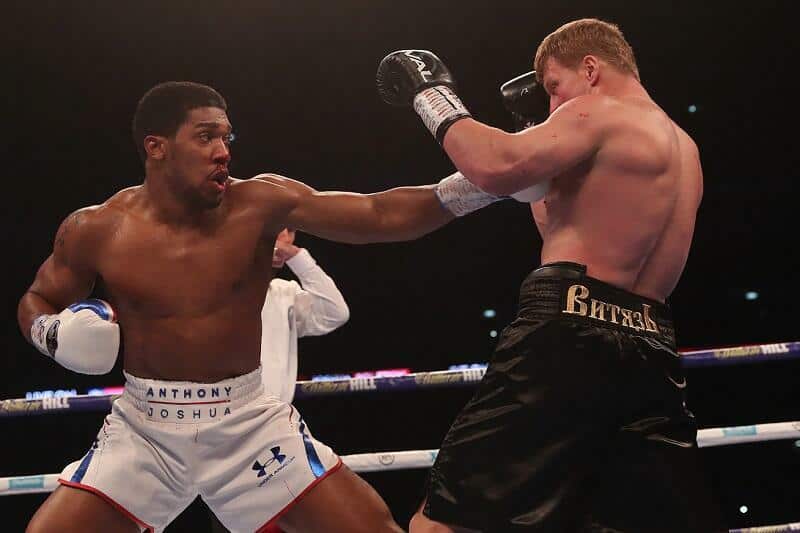 Six months later, and despite winning the WBA after the IBF, Joshua fought the former’s ordered contender in Alexander Povetkin. The first mandatory encounter, two and a half years after becoming world heavyweight champion.

Since then, Joshua hasn’t fought any mandatory bouts at all.

Andy Ruiz Jr. was another substitute. Little did anyone know he’d end up dethroning the 30-year-old. A rematch would then need to take place in order to get Joshua his hoard back.

But one solitary mandatory has taken place in four years, with Hearn now stating the Pulev order may not have to be followed through.

It’s quite an unprecedented scenario and shows how little those number one positions actually mean.

Hearn wants Joshua to fight Fury next, possibly two or three times if he had his way, which leaves all of Joshua backed up mandatories on the sidelines. Not to mention Fury’s stipulation in Dilian Whyte.

Increasingly, ranking systems are becoming obsolete. Fighters grab a number one spot but are forced to keep battling on until eventually the inevitable happens and they lose.

Organizations need to start pushing through their rules, or anyone with power in the sport will be able to divert their attention elsewhere, seemingly for as long as they want.