The World Boxing Organization has confirmed Franchon Crews-Dezurn as their Women’s super-middleweight champion once again following an adverse finding for Alejandra Jimenez.

Crews-Dezurn was defeated on points by Jimenez back in January, losing her WBO and WBC versions in the process.

But a short time later, Jimenez was flagged for a positive drug test. Both the WBO and WBC opened investigations, which have now been concluded.

The WBO has decided to reinstate Crews-Dezurn. Whilst the WBC has ordered a new title bout for the vacant green and gold strap.

Outlining their decision to also ban Jimenez for three months as part of a ten-page document provided to WBN, the WBO said: “The Texas Department of Licensing and Regulation (TDLR) Commission, the regulatory agency with jurisdiction over the controversy regarding the official bout result and suspension, determined that as a result of Ms. Jimenez’s adverse finding, the official bout result of “Split Decision” (SD) be changed to a “No Decision” (ND).

“They issued a suspension on the said participant until April 11th 2020. This ruling triggered the Committee by issuing a second “Show Cause” notice to Ms. Jimenez and advising said participant that the WBO must adhere and abide by the local boxing commission with jurisdiction over the bout, its ruling and determinations.

“Therefore, Ms. Jimenez was granted a final five (5) day timeframe to provide any supporting evidence in her defense as to why we should not declare the WBO Female Super Middleweight title “Vacant.”

On both occasions, Ms. Jimenez failed to comply with this Committee’s orders as per the “Show Cause” notices. Notwithstanding the foregoing, Ms. Jimenez filed two email communications with no reliable, credible, or relevant supporting evidence in her defense, rather unfounded averments and allegations unsupported in the record.”

They concluded with their resolution. 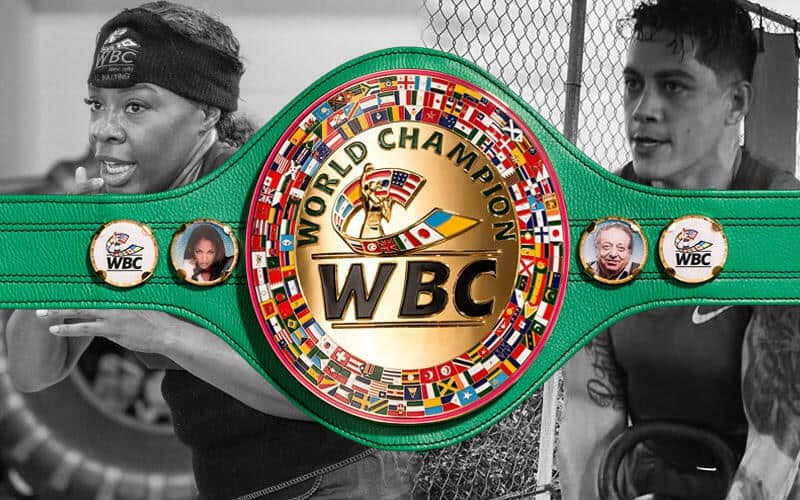 In contrast, WBC chiefs have revealed their ruling.

On January 24, 2020, the Voluntary Anti-Doping Association notified the WBC that the contents of an out-of-competition urine “A” sample container that VADA collected from Alejandra Jimenez on January 10, 2020. It was part of the WBC Clean Boxing Program and yielded an adverse finding for Stanozolol.

“Stanozolol is a synthetic steroid and derivative of testosterone, which has anabolic and androgenic qualities. Stanozolol is included in VADA’s and the WBC’s Clean Boxing Program list of banned substances.

“On February 10, 2020, the Texas Department of Licensing and Regulation suspended Alejandra Jimenez for 90 days. They also declared the bout a “ No Decision.” Ms. Jimenez is appealing that ruling.

“In light of Ms. Jimenez’ adverse finding, and pending the outcome of the WBC’s own investigation and adjudicatory process, on January 27, 2020, the WBC provisionally suspended its recognition of Alejandra Jimenez as WBC Super Middleweight World Champion.

“At this point, it is uncertain how long it will take for the WBC to complete its investigation. There will certainly be an evaluation of Ms. Jimenez’s adverse finding to thoroughly consider Ms. Jimenez’ position and arguments disputing the adverse finding.

“Ms. Crews-Dezurn and her team have interposed a formal protest to the WBC concerning the outcome of her bout against Ms. Jimenez in light of the adverse finding. The WBC and Ms. Crews-Dezurn’s team are communicating with each other concerning that matter.

“In the meantime, consistent with the WBC Rules & Regulations mandate to maintain reasonable activity in its divisions, and taking into account Ms. Crews-Dezurn’s position, the WBC will:

“(1) maintain the provisional suspension of recognition of Alejandra Jimenez as WBC World Champion. And (2) order a bout between Ms. Crews-Dezurn and the highest-rated available contender in the division for the WBC Female Super Middleweight World Championship.

Furthermore, Once the investigative and adjudicative process of Ms. Jimenez’s adverse finding is concluded, then the WBC will determine Ms. Jimenez’s definitive status in the WBC and in her division.