Manny Pacquiao enjoyed his best year since the early 2010s in 2019, topping it off by being voted WBN Fighter of the Year in early 2020.

The ‘Pacman’ defeated Adrien Broner and Keith Thurman to reclaim a place among the welterweight world title-holders.

Despite the triumphant return to the very summit, Pacquiao amazingly decided not to capitalize on his success.

So why is that? – The first thing that comes to mind was Floyd Mayweather’s admission in later 2019 that he intended to return in 2020.

Couple that with his cryptic social media posts regarding Pacquiao and Conor McGregor and something doesn’t add up.

What has the Filipino Senator been waiting for? – Can it really be an offer from Mayweather?

A large portion of fans would love to see the pair meet again after their 2015 collision went down with a whimper inside the ropes.

Both seem quite happy to take a massive paycheck, and with Pacquiao back on top form, a rematch should be a lot closer due to Mayweather’s age. 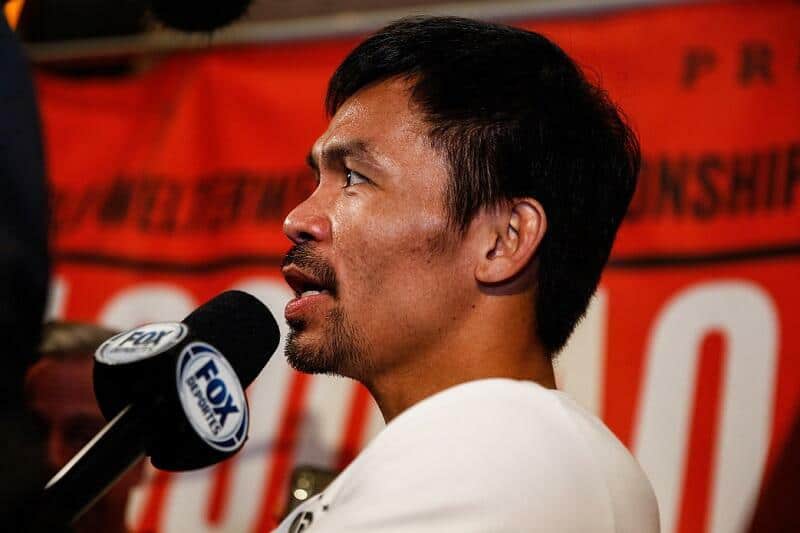 Pacquiao does have other options on the table, although Mikey Garcia, Danny Garcia and Errol Spence have continuously called for serious negotiations to begin.

So far holding off, it could be that Pacquiao is willing to ride out the storm until a final decision comes from Mayweather.

Floyd recently admitted $300 million would be enough to seal the deal. But with Pay-Per-View projections of around 3 million, 1.5 million less than the first fight, it would be tough for any TV network to be able to guarantee that figure.

Like the last time, it would be easy to put $100 million on the table for Mayweather. Also, a $50 million check for Pacquiao.

Anything else from worldwide sales could then be split, potentially on a 60-40 basis to Floyd.

The ongoing coronavirus pandemic has put a halt on everything for the time being, although this lull in action could now give Mayweather and Pacquiao the time they need to get a deal done.

Losing the mother of three of his children and his uncle Roger in recent days means boxing will be far from Mayweather’s mind right now. But once he’s ready to address it, Pacquiao will surely be there waiting for the call.

It’s feared 2020 is the final curtain on a potential ‘MayPac 2’ affair. Meaning if it doesn’t happen by December it surely never will.