Promoter Eddie Hearn is aware of the new perception Anthony Joshua holds amongst the boxing community after suffering a stunning defeat in 2019.

Joshua aura of invincibility was blown out of the water by Andy Ruiz Jr. at Madison Square Garden.

Forced to completely change his style in order to win back his belts in the rematch, Hearn says people will be surprised by what kind of Joshua will enter his next fight.

The Londoner tackles IBF mandatory Kubrat Pulev at Tottenham’s stadium in June (possibly later due to coronavirus) knowing a big performance is needed.

AJ is back on home soil and cannot afford to lose in front of his home fans.

With a massive UK blockbuster against Tyson Fury in his sights, Joshua has to get back to his old knockout ways against Pulev. 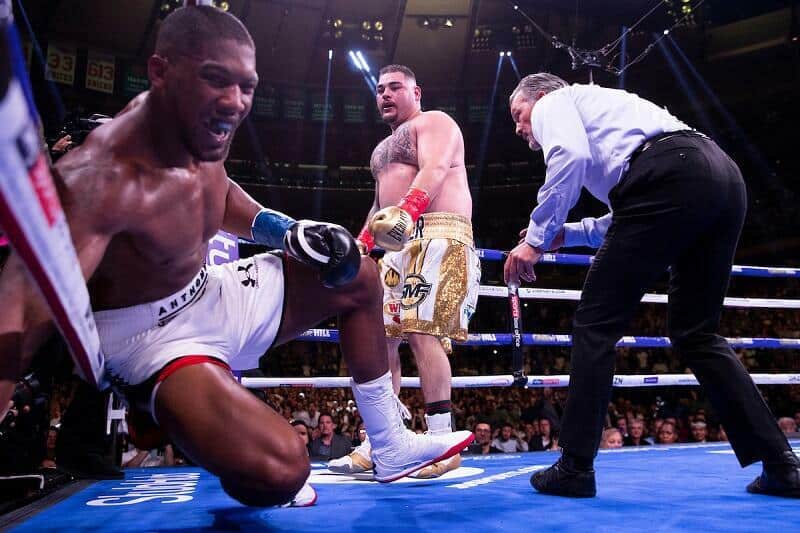 First, though, he must see off the challenge from the 38-year old Bulgarian. Hearn was adamant that Joshua has learned from the shock defeat to Ruiz.

“We can’t afford to take our eyes off the ball from AJ’s side with Pulev. Bob Arum (promoter of the challenger) is convinced Pulev will knock AJ out,” Hearn told William Hill.

“People look at the Andy Ruiz fight. They think there’s a weak link there in AJ. I think he’s going to show you something very different this year.

“He’s ready to put on a real performance at Spurs on June 20,” added the Matchroom boss.

Hearn, as always, has big plans in the pipeline for his number one star. Talk of Fury has been mildly overshadowed by the fact several mandataries are backing up.

Oleksandr Usyk has to be next in order for Joshua to avoid losing his WBO strap. Whilst the WBA are readying either the winner of Mahmoud Charr vs Trevor Bryan or Robert Helenius for a shot, whilst the IBF could ratify Charles Martin vs Michael Hunter or Andy Ruiz Jr. in a final eliminator at any moment.

More will be revealed after the Pulev fight is out of the way. But only if Joshua can avoid another humbling stoppage defeat.

You can read the full blog and watch the video here.

Check out all the latest boxing betting odds at William Hill