WBC champion in 2019, loses Olympic Qualifier to amateur in 2020

A former WBC champion, who reigned as recently as 2019, suffered a shocking defeat in an Olympic Qualifier over the weekend.

Delfine Persoon, who many believe defeated Katie Taylor in their June 2019 battle, lost in the first round to Nikoleta Peta of Greece in London.

The Belgian, taking part in the European portion despite fears over coronavirus spreading, went down 4-1 with a mere whimper.

Peta advanced to the next phase. Persoon will get another opportunity to secure a place in Tokyo 2020 in the coming weeks.

In other WBC news, Ilunga Makabu is being praised for his long-awaited reign as World Boxing Council cruiserweight champion.

The fighter from the Democratic Republic of the Congo had a tough route to glory.

In 2016, he had a painful defeat against English Tony Bellew. The WBC green and gold title at stake at Goodison Park.

Despite his quality and having sent Bellew to the canvas in the first round, a devastating counter from Tony, ended his dreams.

However, Makabu did not give up. He had to start again to carve his way to the conquest of the world title. 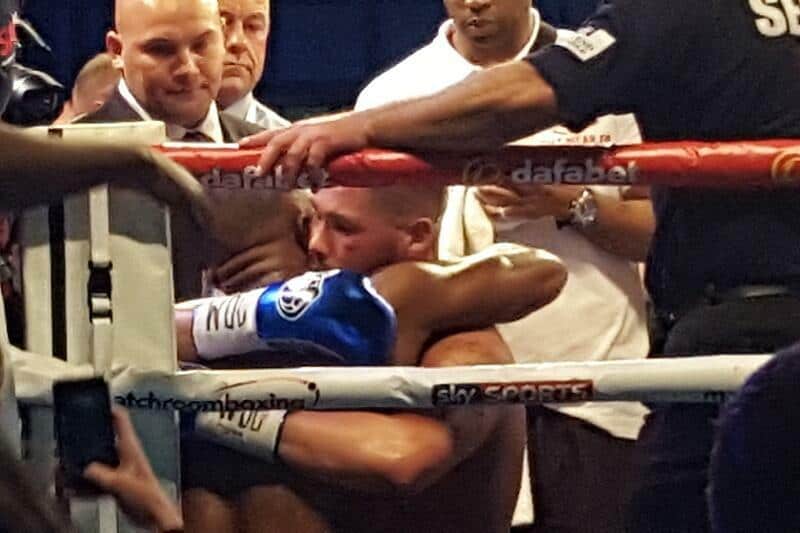 In 2017, he returned to the ring with two wins, but it was until 2018 when he won, in a great fight, the WBC International title, defeating Taylor Mabika, who had a streak of 11 wins.

Undoubtedly, his triumphs in Russia in 2019 took him to a new opportunity for the world crown. He first faced experienced Russian knockout artist Dmitry Kudryashov, knocking him down in the second round. Then punishing him until the referee stopped actions in the fifth round.

The second great victory he obtained was against Alexander Papin. One of Russia’s best prospects. Makabu proved his quality, categorically defeating him on his own home turf.

The time for triumph arrived on January 31 of this year, when Makabu defeated previously unbeaten Michal Cieslak with the vacant WBC cruiserweight belt on the line.

Ilunga took the initiative from the beginning looking to connect power shots on Cieslak, who was moving around the ring trying to counterattack.

In the fourth round, Makabu knocked down Cieslak with an accurate combination. Although he appeared to be in bad condition, his bravery helped him finish the round.

In the next round, Cieslak got a knocked down as Makabu put a glove on the canvas, so referee Michael Griffin did a protection count.

The rest of the fight became very competitive, but Ilunga’s greater strength and power prevailed.

Makabu showed that despite having stumbled, he fought. He worked hard to overcome all obstacles until he conquered his greatest dream…conquering the WBC Green and Gold Belt.

Makabu was recognized a few weeks ago by the President of the Democratic Republic of the Congo, Félix Tshisekedi. Not only for bringing pride and joy to his country but for being an exemplary citizen.