Current WBC heavyweight champion Tyson Fury proudly boasts yet another pair of benchmarks from a record-breaking night against Deontay Wilder.

‘The Gypsy King’ completely dominated Deontay Wilder from the first bell until the end in the seventh round on February 22nd.

Fury was in irresistible form and sits as a future Hall of Famer due to his remarkable exploits in the boxing ring.

Coming back from the brink of suicide to lose 140 pounds in weight, Fury’s comeback story is an inspiration to many.

Now, the achievements are being racked up as Fury plots a possible third fight with Wilder over the summer or beyond (due to coronavirus).

Revealing the first one himself, the 31-year-old pointed out he has now become the first heavyweight in history to become a two-time champion and simultaneously remain undefeated.

Nobody in history has won the top division crown – given them up (or been stripped), and then came back to regain. 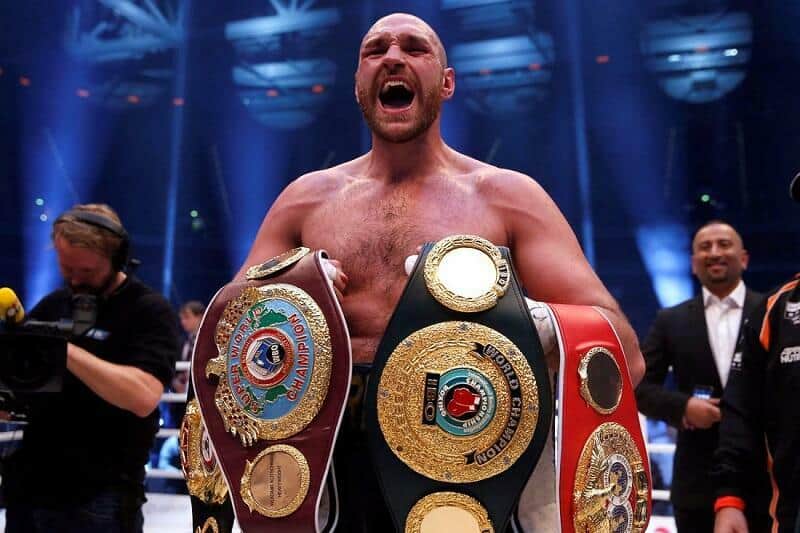 The second thing Tyson has achieved which no man can claim is to win every single belt on offer in their respective weight category.

No fighter, since the dawn of five world titles being around, has won the WBC, IBF, IBO, WBO and WBA during their 200 pounds plus career.

In the modern era, and when the WBO and IBO were both founded in 1988, heavyweight stars like Mike Tyson and Evander Holyfield didn’t recognize those titles.

Therefore, becoming undisputed was seen as a three-title accolade. 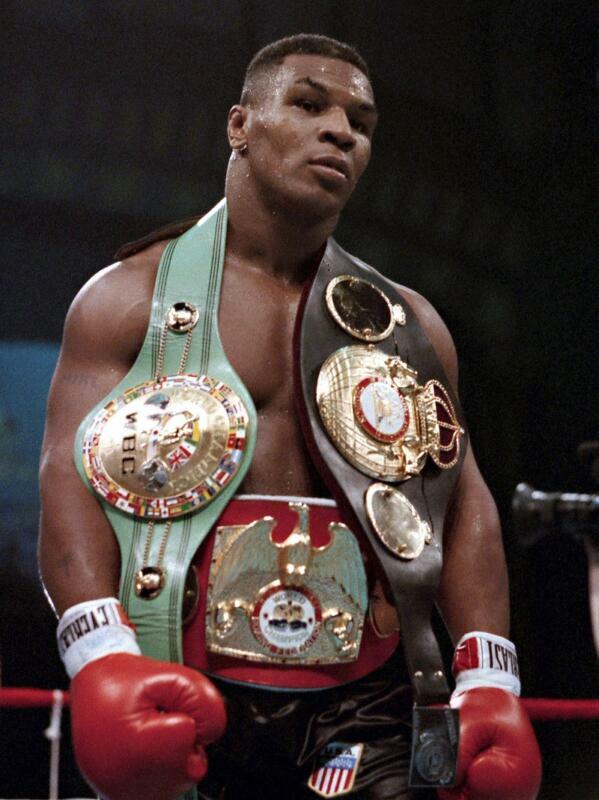 Tyson did it in 1987 famously followed by James ‘Buster’ Douglas in 1990. Holyfield then took the crown in 1991 before passing it on to Riddick Bowe.

‘Big Daddy’ split the straps by infamously throwing his WBC title in the bin. But this was the last time three championships meant undisputed status.

As Lennox Lewis began taking a strong-hold on the division in the mid-1990s, the Briton stayed away from the WBO version.

Winning four belts versus Holyfield in 1999, Lewis immediately relinquished the WBA and eventually dropped the IBF.

Ukrainian powerhouse Wladimir Klitschko was then primed to begin his long reign at the top. But as brother Vitali was WBC ruler, the siblings always kept the titles apart.

That was right up until Fury shocked ‘Dr. Steelhammer’ in 2015. Neither Lewis or Klitschko would ever win those belts which eluded them.

So, Fury’s win over Wilder took even more significance when the Morecambe-based puncher won his fifth different title.

Add to that the fact Fury has been the lineal champion for five years. It’s hard to currently argue that he’s the best of his era by far.

Beat the number one heavyweight in the division twice.

Only heavyweight to win all five major sanctioning body belts.