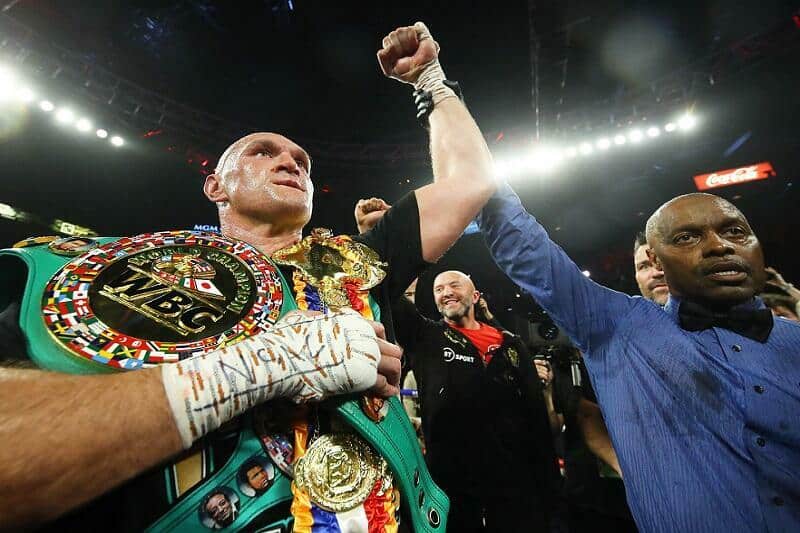 A highly ambitious plan to take Tyson Fury down under to Australia has been revealed by the promoter involved in the potential deal.

So how does this happen? – Well, Lonergan insists Opetaia winning a world 200 pounds title in 2020 would set up the whole process.

“We had a plan to develop Jai Opetaia to move up from cruiserweight up to heavyweight and the fact that Bob is now the promoter of Tyson Fury, we’ve had great success together in terms of Australia, ESPN and numbers watching,” Lonergan told The Sun-Herald.

“One of the things I learned when I did the Manny Pacquiao versus Jeff Horn fight is that Australian punters want to see world-class events.

“The rationale is very simple: who is the biggest boxer in the world at the moment? It’s Tyson Fury. It’s about who could we put him in there with and why.

“It made obvious sense for us to have a major crack at the big time. A lot of people will laugh and say it can’t be done, but, yes, it can be done.”

Using Pacquiao vs Horn as the benchmark, Lonergan says there’s no reason why Fury could not be enticed to appear at Bankwest Stadium in Sydney.

“We understand how TV deals work. We’ve done it before. We did it with Jeff Horn and Manny Pacquiao. At the time, Pacquiao was the biggest boxer in the world and the most expensive.

“We made it work because we had the most amount of money on the table in the world. So Bob thought, ‘What the hell, just do it.’”

Fury is riding the crest of a wave since pummelling Deontay Wilder at the MGM Grand last month.

A trilogy fight is on the cards for July before Fury is then pitted against Dillian Whyte, by order of the World Boxing Council.

Despite being linked to fighting UK rival Anthony Joshua, that blockbuster is unlikely to take place in 2020.

This means either Joshua will have to give way or the Opetaia plan will for 2021.