Former WBA super-bantamweight Champion Scott Quigg has announced his immediate retirement from boxing at the age of 31.

The Bury man, who was highly confident of victory at Manchester Arena on Saturday night, lost every round to Irishman Jono Carroll.

At times, in the second half of the contest, it was uncomfortable viewing as Quigg struggled to deal with what came his way.

Despite possibly being a couple of rounds late, cornerman Anthony Crolla eventually persuaded coach Joe Gallagher that the fight should be stopped.

Quigg looked a shadow of his former self despite his tender years and has now made the correct but difficult decision to bow out.

“Unfortunately last night wasn’t my night and it showed me it was time to call it a day!” – he said. 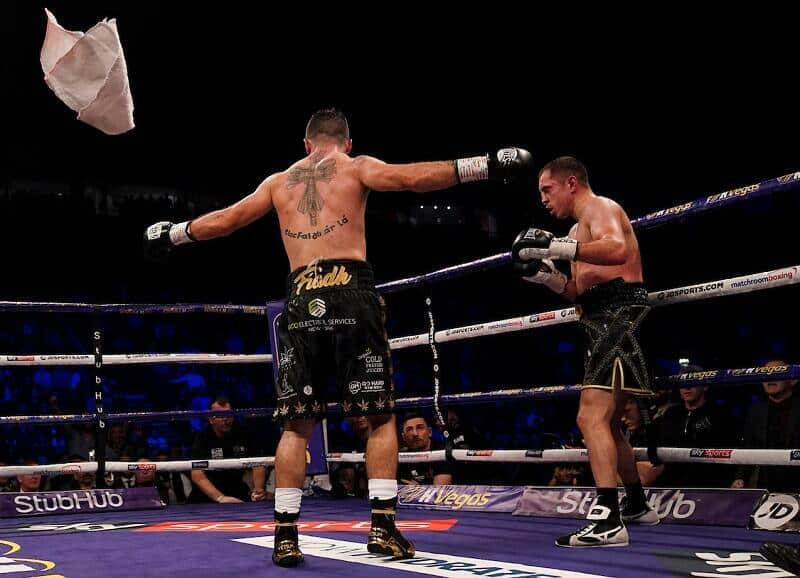 “It’s been a great journey and I couldn’t of given the sport anymore. It’s been a pleasure working alongside Eddie Hearn.

“I’ve achieved everything my desire, dedication, and ability would take me to. I can walk away with my head held high!

“Thank you to everyone for the tremendous support over the years ???? #teamquigg #noregrets.”

Dublin’s Carroll had produced a career-best performance to stop Quigg live on Sky Sports in the UK and DAZN in the US.

‘King Kong’ dominated from the opening bell before the corner threw in the towel in the 11th round after a sustained attack from the Irishman.

After a fiery build-up to their crunch Super-Featherweight showdown, the rivals finally got to settle their differences in the top-of-the-bill clash which ended with Bury’s Quigg pondering his future in the ring.

Speaking post-fight, the writing was already on the wall.

“He was the better man. I was chasing him,” said an emotional Quigg afterwards. “Fitness-wise was no problem but my timing wasn’t there.

“I’m a realist and I won’t kid anyone. This was a must-win fight. At my best, I would have won tonight. On this performance, I don’t know what’s left.

“I couldn’t have achieved anymore. I cut no corners and I beat World Champions, sold out arenas. If this is it, thank you.”

Opponent Carroll paid tribute to Quigg. He stated: “Scott was one of my idols growing up but this is my time, tonight I showed my quality.”