Atlantic City native Gabriel Pham believes that he is ready to even the score with Derrick Webster when they meet this Saturday night in an eight-round super middleweight main event at Ballys Atlantic City Hotel and Casino.

The card is promoted by Hard Hitting Promotions.

Pham, who has had several stops and starts in his career, is ready for a victory that will put him on the map in the super middleweight division. Pham has been training with world championship trainer, Raul “Chino” Rivas, and has been working hard in preparation for this bout.

“Training camp was good. I have been preparing for this bout for a while. As soon I was able to start training after my last fight, I started camp for Saturday night,” said Pham.

One of the big motivating factors for Pham was an amateur bout, which was the last one for Webster before he turned pro, where Webster defeated Pham.

Being in Atlantic City, Pham has something to prove to the hometown fans as this will be the the 10th time that Pham has laced up the gloves in the boardwalk town.”

“It’s a big fight, and because it is in my hometown, people will talk about it. Heck I live about three blocks from Ballys, so yes I am excited about this fight.” 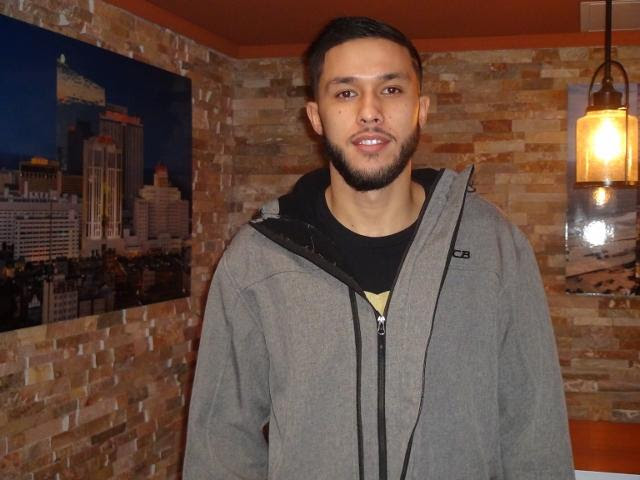 Taking on a formidable opponent in Webster is what Pham wanted as he only wants to fight quality opposition in order to achieve what he wants, and that is to be a world champion.

“I am coming off a loss in my last bout to Ievgen Khytrov, and now I am fighting Derrick. I want to take on guys in the top-50 and then top-20, top-15 and so on. When I win on Saturday night, that will help me get to those goals.”

“I actually want to possibly move down to 160 pounds, I have been eating three-times a day and have been drinking, but the motivation to get even for that amateur fight is the reason why I took this fight. I saw that he feels that I am not on his level, and he can talk all that he wants to, but I know he respects me.”

Pham also has another big and personal reason to perform on Saturday.

“I want to dedicate the fight to people battling Mental Health Issues. I have been battling depression for about 10 years. I think it is so great what Tyson Fury has done in making awareness of this. I just want everyone to know that Saturday night will be a great fight.”

Said Pham’s Manager Rich Masini, “Gabriel is very confident and this is the nest that I haver seen him mentally and physically as he went into a fight.”

Thomas Velasquez (9-0-1, 5 KOs) of Philadelphia squares off with Gustavo Molina (24-21, 9 KOs) of Tlaxcala, Mexico in a lightweight fight.

Tickets are on sale now for $100 for VIP, $65 for Ringside and $50 for VIP and can be purchased at www.ticketmaster.com and at The Caesars Box Office.