Born in Alexandria, Egypt and fighting out of Toronto Ontario. Mponda holds an impressive 8 wins with 2 defeats record and looks to put on a show on March 21st at the Hard Rock Casino.

Mponda is coming off a knockout performance and looks to do the same as he is slated for our 8 round main event showdown against the always tough battle tested Isaac “Kin Ban” Mireles.

Sabri Faruk from Maple Ridge – Sabri was born and raised in Uganda and is the current National Canadian Light Heavyweight champ with an amateur record of 52 wins & 6 losses and will be making his Pro Debut on March 21st at The Hard Rock Casino in Vancouver.

JY Kim from Surrey – JY has held titles both Regionally and Provincially in Super Middleweight and as a Light Heavyweight and was awarded the Golden Boy award in the Golden Gloves tournament. Having dominated the super middleweight division in BC, JY has set his eyes on the pros. He is an exciting fighter and fan favourite. JY won his pro debut and is looking for a big win on March 21st. 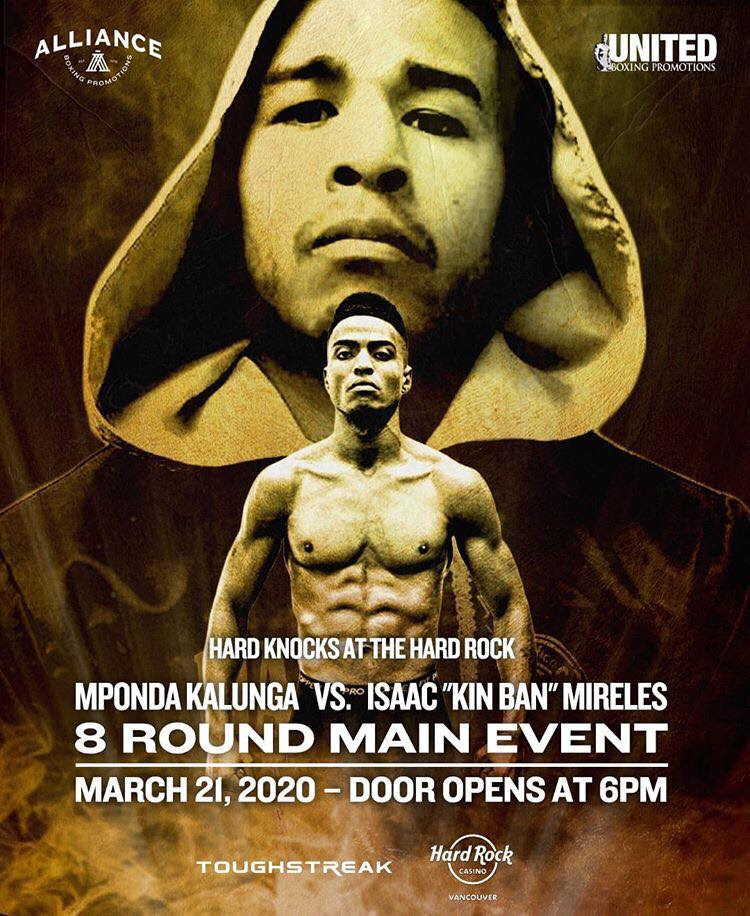 Wheelchair adaptive boxing demonstration: Leo Sammarelli is a gunshot survivor and Paranordic Silver Medalist in the Canada Winter Games. A fitness freak, travel enthusiast and BC Boxing Director – if he’s not in competing or with the family, he’s doing seminars and counselling.

On Mar 13, 2017 Leo was the victim of a multiple shooting incident that left him in a coma with 4 bullets that needed immediate attention. The incident should have claimed his life. Instead, Leo awoke in hospital, alive, but with severe damage to his spine and abdominal organs. Fast forward just a few years later and Leo is a paranordic silver medalist for 3 different sports.

In 2019 Leo started his wheelchair adaptive boxing training program and launched the not-for-profit West Coast Wheelchair Adaptive Boxing Society. WCWAB provides adaptive athletes access to the opportunities, programs, and activities of amateur boxing. On March 21st Leo is partnering with Alliance Boxing Promotions to showcase his WCWAB athletes in B.C.’s first ever adaptive boxing match at the Hard Rock Casino. Partial proceeds from this event will go towards training programs and proper equipment for WCWAB’s initiatives.