Social media has been quite a buzz this week once fans realized Euan Walker from Masterchef bore a striking resemblance to a certain Mr. Eddie Hearn.

The 29-year-old from Edzell, made it through to the quarter-finals on Friday, impressing judges John Torode and Gregg Wallace with his obvious skills.

But it the eagled-eyed boxing community on Twitter who gobbled up the fact that Euan was a ringer for the Matchroom Boxing promoter.

Hearn, forever in the news as the UK’s most vocal pugilism salesman, is currently overseeing events in Frisco, Texas ahead of Mikey Garcia vs Jessie Vargas.

The comments, though, came thick and fast throughout the early stages of MasterChef competition:

“I didn’t realize Eddie Hearn was competing on this year’s MasterChef or is it his better looking younger brother without the Bobby Charlatan sweep?” 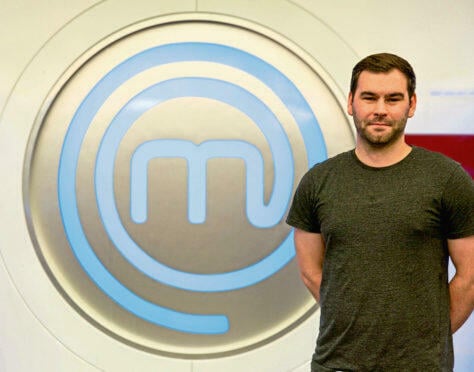 “@EddieHearn chilling out on Masterchef when he should be making the Joshua-Fury fight.”

“If Eddie Hearn and Danny Dyer had a child Baby #masterchef.”

Walker has quickly placed himself as one of the favorites to win this year’s show. The further the Scot goes, the longer the comparisons will continue.

Eddie Hearn and Matchroom Boxing USA are delighted to announce the signing of amateur standout Marc Castro. Castro leaves the amateur scene as a highly decorated former Team USA member. In 2015, Castro was the lone American to win a gold medal in Saint Petersburg, Russia at the Junior World Championships. In 2016 he won […]

Dillian Whyte is livid following immediate attempts by his own promoter Eddie Hearn to bypass and ignore his mandated shot at the WBC title. Whyte has been put forward by the WBC and has been number one contender for almost 1000 days. WBC chiefs ratified that Whyte should get his shot not later than February […]

Eddie Hearn is a great promoter, he promotes and back’s his men to the hilt – on the whole. But when it comes to Anthony Joshua, there’s no doubting the Matchroom boss believes the two-time heavyweight champ is the A-side of everything. Also, the Essex man obviously sees belts as the main thing when it […]