Tommy Santiago, a standout high school football star and accomplished amateur boxer, will enter the ring for his first pro fight on March 27 at 2300 Arena, and his dad will be in his corner.

To spectators, it’s another father-son team, made slightly more interesting because Tommy is the second Santiago son to turn pro. Brother Milton, Jr., is an undefeated lightweight.

That Milton Sr., can walk up the steps and wave the towel for his son belies the real story — one about a father who died and was brought back to life less than a year ago, who is waiting for a life-altering call. It’s a story about a mother who pulls double-duty to provide for her family and care for her husband.

It’s about the son, a prodigal football talent, who sacrificed his spot at a top football high school to help keep his family afloat, and now is embarking on a professional boxing career. It’s a story about their past and current struggles, and the grit, determination and faith that has seen them through a slow, grinding, water torture-style drip of pain and adversity.

A few years ago, the Santiago family had outgrown their two-bedroom home. With three teenage boys–Milton Jr., Tommy and young Nicco–they packed their home and moved into a fixer-upper in the suburbs. Milton, Sr., was a talented painter who had worked for some of the most prestigious home builders in Philadelphia.

Mom Brenda worked at a kitchen gadget manufacturing company for 20 years, where she climbed the ladder, wearing various hats and helping to provide a comfortable life for her family.

It was not long after their 2017 move that Milton Sr., began noticing he wasn’t himself. Over the next few years his health would deteriorate. Once a husky, active painter and boxing coach, he shriveled away. After bouncing from doctor to hospital, he received a dual diagnosis of kidney failure and an infection that had spread to his bones. Brenda went from being a working mom to a working mom and caregiver, waking up Milton, Jr., to help carry his dad to the car at 5:30 in each morning. She’d drive him to dialysis before work, and then take an early lunch each day to get him home.

Tommy enrolled at Archbishop Wood High School, a private, Catholic school in Warminster, PA, known for its elite football program; tuition was $9,000 per year. He was a star running back, scoring 20 touchdowns and gaining nearly 1700 yards as a Junior. His younger brother, a standout basketball player, also attended Archbishop Wood.

Wheelchair bound and unable to walk, Milton Sr., was embarrassed to go to his sons’ games. Brenda had to help him get to the bathroom and clean him. Milton Jr., put his career on hold to help care for his father. It was a dark time for the family; bills were piling up as Milton Sr., got sicker.

“I was embarrassed,” Milton, Sr., said of that time. “I was depressed and I kept wondering why this is happening to me and my family.” 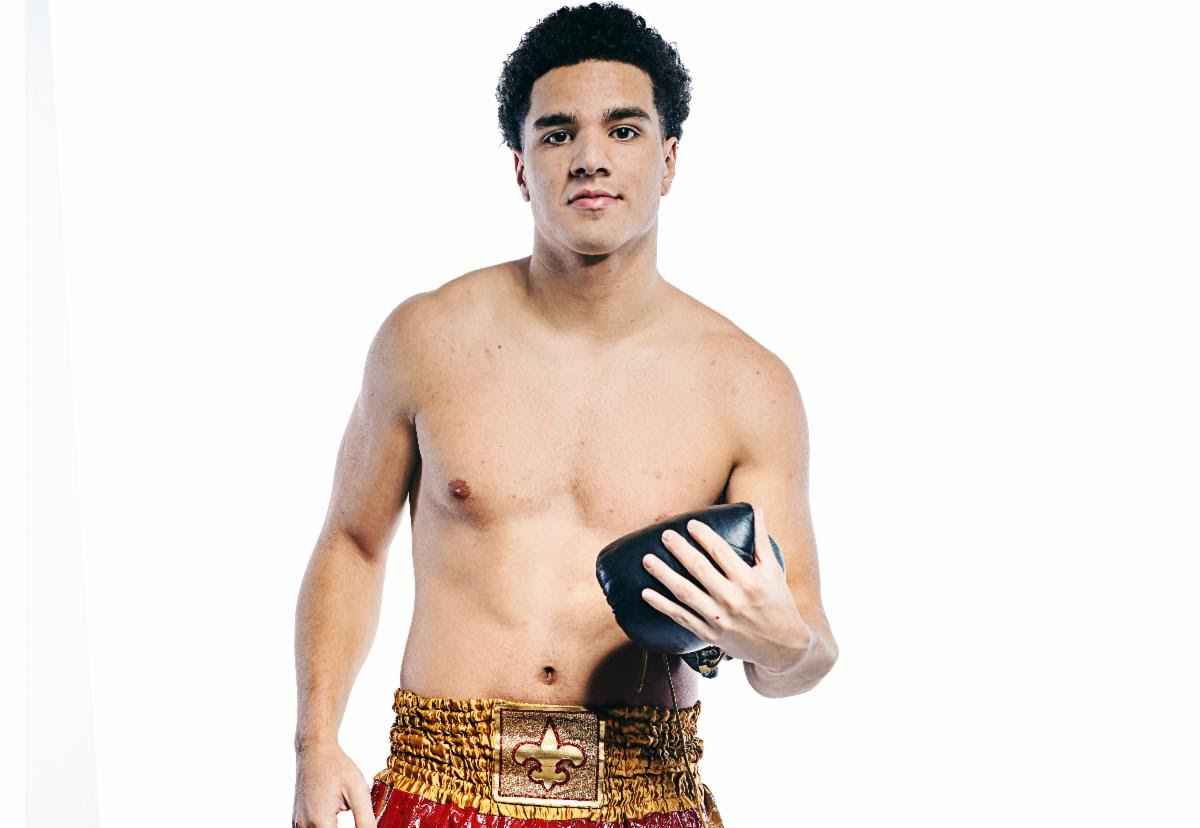 Last May, Milton, Sr., went in for a procedure to biopsy a growth in his lungs. When the doctor came out of the operating room and asked Brenda if she would join him in a consult room, she knew something had gone wrong. Milton, Sr., had stopped breathing for nearly two minutes during the procedure and had to be resuscitated. The doctor warned that there may be permanent brain damage.

It was an earth-shattering moment for the family.

“It was the worst moment of my life,” recalled Tommy. “When I walked in and saw my dad in the ICU, knowing he might never be the same, I just started crying. I couldn’t handle it.”

After two days in a medically induced coma, Milton, Sr., began to recover. Doctors finally found the right combination of antibiotics to begin to cure the infection that had decimated his body. Effects from the procedure continued to affect his daily life. Excruciating headaches at all hours and short term memory loss became the new normal.

After Tommy’s record-breaking Junior year, and after seeing the stress that his mother was under, Tommy made a decision. He chose to transfer to William Tennent High School–also in Warminster–cutting his family’s tuition bill in half, but virtually guaranteeing that the college offers he and his parents had dreamed of would never come.

“My mom told me she would find a way, but I didn’t want her to stress,” said Tommy.

Brenda is pained when she speaks of Tommy’s departure from Wood: “Tommy is very strong, and he’s taken a lot for the family. It’s a burden I have on me because I want to be able to give them everything. Milton’s dream was for Tommy to go to Wood – it devastated Tommy and us when he had to transfer.”

As he recovered, Milton, Sr., learned to walk again. Milton, Jr., still administers his father’s dialysis five times per week for six hours and they wait to be added to the kidney donor list. Boxes of equipment line the walls of their home, and the improvements they’d planned on making to their home remain on hold.

“Milton doesn’t want us to be his donor,” said Brenda. “I’m the breadwinner and I can’t afford to be off work. Milton doesn’t want the kids to compromise their athletic careers. And after what happened when he went under in May, there’s a lot of fear. So we wait.”

Her voice breaks when she talks about the day they find a donor for her husband, but she doesn’t mention how it would take the pressure off of her: “The day that it happens, I’ll be ecstatic. He just wants to live a normal life. He wants to be able to do normal things – work, provide for his family. I will be so thankful to God that he answered our prayers.”

“It would mean the world to my family to find a donor,” said Tommy. “Everything he’s been through, the dialysis four hours per day, three days a week… it’s not easy. My mom stays up late to take care of him and gets up early the next day to go to work. She never gives up.”

The example that Milton Sr., and Brenda have set – one of sacrifice, mental strength, and unbelievable love and commitment to each other and their family has been ingrained in their sons.

“Seeing all they’ve been through has been hard, but it makes me want to go harder,” said Tommy. “I just want to be able to bring my family to the next level.”

He has aspirations of being an NFL player and professional boxer, concurrently. “I have received an offer from Villanova,” Tommy said. “I’ve applied at Temple and Penn State and plan to walk on to their football teams if I’m accepted.”

But first, another fight is on the horizon. A four-round, light-heavyweight contest with Angel Vasquez, of Springfield, MA, on March 27.

“Tommy told me that the reason he likes football and boxing is that he has a hatred inside, a frustration and resentment at everything our family has been through,” said Brenda. “I feel for the kid that’s going to fight Tommy. He’s training hard, and really wants it. He really wants to go out there and do things – He wants to help the family.”

When Tommy Santiago walks out to the ring on March 27, he walks with the burden of his family’s troubles, but with his father by his side. When the bell rings, he’ll hear only his father’s voice from his corner, and a new chapter begins in the complicated and painful story of the unbreakable Santiago family.