Johnny Tapia is a name synonymous with boxing. A multi-weight world champion who competed in the ring on a relatable level for the fans.

The murder of his mother Virginia at the age of eight was an excruciation too much to bear for the younger Tapia. Something he’d carry with him until his final breath.

Moving in with his grandparents in 1975, Tapia set off on a path to world glory which rode side-by-side with a ‘Crazy Life’ the so-called ‘Baby-Faced Assassin’ never chose to suppress or hide.

Training to be a fighter from a teenager, it was clear Johnny had a natural ability – a fighting instinct.

This was a little later than expected at the age of 21. An Olympic dream had long been left behind.

A little enthusiastic during his first paid bout, Tapia eventually carded a four-round draw with Efren Chavez, an unheralded boxer who fought only once more after the clash.

Dusting himself down, Tapia was back in action just two weeks later and subsequently in the win column after defeating the 7-0 James Dean.

Fifteen further victories followed as Tapia pushed to a USBA title shot. What many didn’t know at the time, was the fact Tapia was battling significant demons outside of the ring.

Addicted to cocaine and embroiled in a gangland world, Tapia was juggling his career with a far darker side to his persona.

Winning the USBA strap via an eleventh round stoppage of Ronald Gomez in 1990 was seemingly the beginning of the end.

The further Tapia rose and the more accolades which came his way, the bigger the responsibility fell on him on the outside.

Despite making four defenses of his belt and working towards a world title shot in late 1990, his world would come crashing down before it truly began.

An arrest for intimidation coincided with Tapia failing several failed drug tests and the fighter being provisionally suspended by the New Mexico Commission.

In an out of prison for a total of three and a half years, Tapia was in a bad place. On his way to certain oblivion.

During his time out of the ring, Tapia had met his future wife Teresa Chavez, who would eventually be the glue to mend his troubled soul – for the next decade at least.

Helping him get clean, Teresa was an ever-present in the corner for Tapia as he finally embarked on a belated top-level career.

His pursuit of what seemed an already-bestowed world title opportunity was reborn again in 1994. A fourth-round KO of Jaime Olvera in Tulsa lit the fuse.

Three further triumphs followed until a crack at the NABF crown was landed in July. The belt would be Tapia’s key to the world title he craved.

The newly-formed WBO ratified Tapia opposite Henry Martinez for the vacant strap. Taking advantage of his defining night at home, Tapia became just the fifth man to hold their junior-bantamweight title.

What few people outside Tapia’s circle were aware of, was that the new world champion was still struggling with his addiction. It had never really gone away.

Between fights, Tapia would go through continued blow-outs. They could last days or weeks until his next bout camp. Despite this, Tapia somehow remained undefeated for the next five years.

Several world titles followed under the guidance of Teresa, who was now his manager and rightly keeping Johnny as active as humanly possible.

Just before the turn of the new millennium, Teresa decided to help her husband in a final attempt to conquer his demons. Already a much-loved boxing star and at the peak of his game, that potentially stable home life was still missing for Tapia and his spouse.

Teresa hired private investigators to look into the slaying of his mother some 24 years before. After months of looking into it, the case was amazingly solved.

Closure never really came from the situation, though. This was due to the killer already being dead.

Eight years prior, the man responsible, who was known to Johnny’s mother, passed away in a car accident. Johnny remained heartbroken.

In a 2011 documentary with HBO, Johnny outlined that all he ever wanted was to kill the man who stabbed his mama over 20 times. The outcome did not have the desired effect.

Add to that the coincidence that Tapia found out this tragic information just weeks before his next fight, a perfect storm had brewed.

The events culminated in Johnny losing to Paulie Ayala, who would become his career nemesis, alongside Albuquerque rival Danny Romero Jr.

Ayala had probably done enough to beat a slightly out-of-sorts Tapia on the night at the Mandalay Bay in 1999, but it was the rematch sixteen months later which hurt the most.

Tapia shone at the MGM Grand but was ultimately denied. He didn’t hide his feelings on the night.

Needing an escort from the ring, Tapia was once again in considerable pain. It was a constant which continually reared it’s head and culminated in mental health diagnosis for Johnny.

Dealing with setbacks came with warning signs for Tapia and those around him. He could go missing for days and had overdosed on coke many times before.

By 2002, and at the age of 35, Tapia fought his most high-profile bout to date. Once again, it meant more hurt as Marco Antonio Barrera dominated their encounter.

Fights became infrequent as Johnny went off the rails more and more. Those missing days sometimes turned into AWOL weeks. 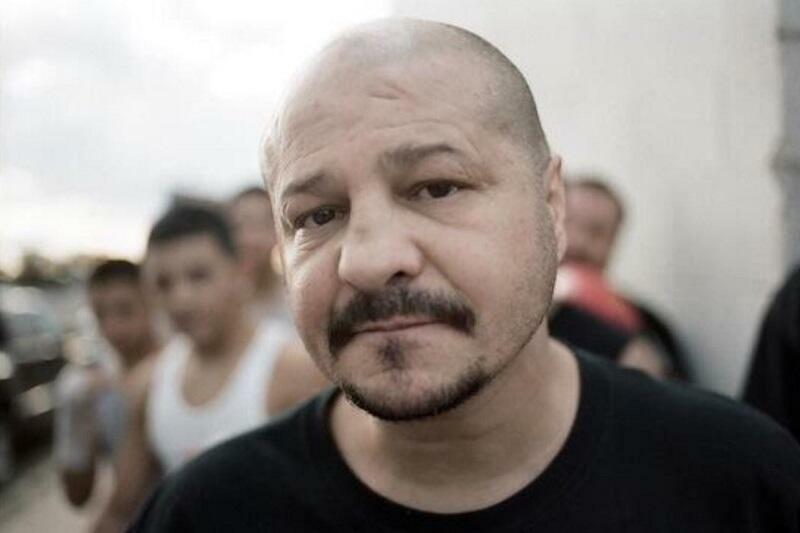 Retiring in 2005 before coming back yet again in 2007, it was that finalization which led to further tragedy.

Just one month after what was billed as his retirement victory transpired, Tapia was rushed to hospital with yet another overdose of cocaine.

In a twist of fate, Johnny’s cornerman Robert Gutierrez, also the brother of his wife Teresa, was killed in a vehicle collision when on his way to visit Tapia in hospital.

After recovering, Tapia never fully forgave himself for the death of Robert, who was 39 years old. Tapia’s nephew Ben Garcia was also in the car and didn’t survive. He was just 23.

A man already constantly struggling was forever being tested. Pushed to the edge and not only inside the ring.

In 2010, on the back of another period of darkness, Tapia made a three-fight comeback. All victories, Johnny finally closed his fighting chapter in June 2011.

The much-loved multi-weight champion was now an ex-boxer. He turned to the coaching of up and coming youngsters in order to plug the gap.

Nothing would ever fill the void as much as competing. But it seemed Johnny found some sort of inner peace in passing on his knowledge.

Although those demons never fully left his shoulder, Tapia was trying to build a legacy for his family. His Team Tapia Gym, where many troubled young fighters had already based themselves, was just the beginning.

As Johnny said himself, he’d never turn anyone away if they needed focus in their lives. This was Johnny’s way of giving back, and possibly his way of making amends for his past troubles. 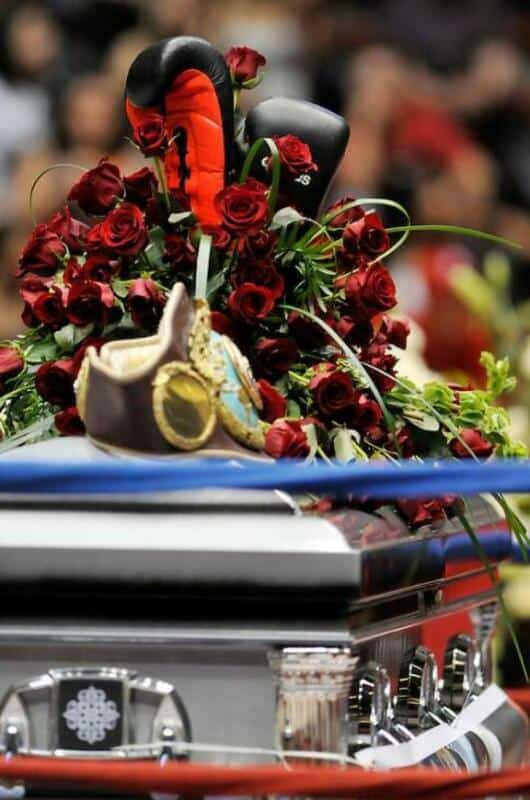 Just as his life began to take a detour from the ‘Mi Vida Loca’ monicker, one final devastation was to follow.

On May 27 of 2012, Johnny Tapia was found dead. Not from a drug overdose, but from heart failure. It was a cruel blow for wife Terese to take.

Speaking to the press at his gym in the wake of his passing, Teresa was compelled to point this out.

“This shows that he did not die of a drug overdose,” Teresa stated regarding the autopsy report. “It doesn’t make the pain go away. But I felt I needed to say that.”

Years of drug abuse had taken their toll on Johnny’s heart and wrenched him from his family – which included three boys with Teresa, at the age of just 45.

The boxing world shed plenty of tears at the time, and eight years on we still miss the dazzling smile of Johnny, which could light up any boxing ring.