Eddie Hearn finally gets real with Wilder vs Fury winner offer? – Maybe not

Eddie Hearn is a great promoter, he promotes and back’s his men to the hilt – on the whole. But when it comes to Anthony Joshua, there’s no doubting the Matchroom boss believes the two-time heavyweight champ is the A-side of everything.

Also, the Essex man obviously sees belts as the main thing when it comes to negotiations.

Back in 2018, WBN was highly involved in witnessing negotiations from Deontay Wilder’s point of view. The truth is, the American was bending over backward to get the fight made.

Taking a low-ball offer, Wilder was willing to travel to the UK and give Joshua everything he wanted, barring two small stipulations in the contract.

Receiving a contract only signed by Hearn was the first no-no from Wilder’s side as they wanted Joshua’s name in black and white before they signed.

The second was a rematch clause no matter what. This wasn’t forthcoming from Hearn and Joshua.

Amazingly, Hearn wanted a rematch only if Joshua lost. A draw or an AJ win and they would simply walk away. 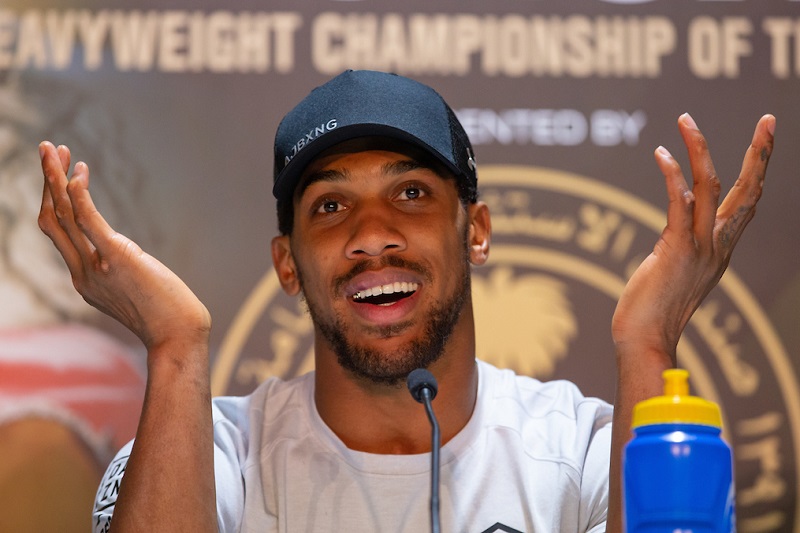 Despite this harsh point, Wilder was STILL willing to negotiate and take the straight cash offer with no percentage of Pay-Per-View.

Co-manager Shelly Finkel was 95% agreed on everything and sent a final communication to Hearn on their willingness to put pen to paper.

That contact outlined those two points to iron out, which realistically meant a deal was almost agreed. But less than 24 hours later, the World Boxing Association unbelievably called for Alexander Povetkin to be next in line.

Now, I’m not saying Hearn asked WBA President Gilberto Mendoza to make the call, I’m merely stating a fact. The WBA seemed to have been pushed into a decision at that time.

In a further kick in the balls for Wilder, Joshua and Hearn had no intention of asking for an exception to face Povetkin after this undisputed unification.

According to WBA Rules and Regulations, this would have certainly been granted. Joshua and Wilder could have fought in September or October of 2018 and settled their long-standing differences.

The simple fact is, Hearn and Joshua didn’t want it. They opted for Povetkin over Wilder.

They could have taken a massive portion of the pot from the super-event and had everything in their favor. Fast forward almost two years, and Hearn is now stating his intention to offer Tyson Fury 50-50 for a British super-fight.

It makes me wonder whether the same offer will be forthcoming to Wilder. It’s no secret Hearn is not a big fan of Wilder or his team.

Therefore, is Hearn finally getting real when it comes to Joshua’s worth against either? – Only time will tell.

It could just be a case of one offer for Fury and an entirely separate one for Wilder. We will just have to wait and see until the dust settles after this weekend’s rematch.