Yesterday, Thursday, February 6 in Panama, Promoter Sampson Lewkowicz of Sampson Boxing accepted an invitation to a meeting with that country’s president, the Honorable Laurentino “Nito” Cortizo Cohen, to discuss a rebirth of their amateur boxing program.

The meeting, held at the Palacio de las Garzas, in Panama City, was also attended by the presidents of the World Boxing Council (WBC) and the International Federation (IBF), the Mexican Mauricio Sulaimán and the American Daryl Peoples, respectively , and the legendary local journalist Juan Carlos Tapia, whose program “The Best of Boxing” has been uninterrupted for 45 years in Panama and is included in the Guinness Book of World Records as the longest running sports TV broadcast in the world.

Native Uruguayan Lewkowicz, who oversaw the WBC’s “New Dawn of Uruguayan Boxing” program (which Sulaimán calls “the best amateur program in the universe”), explained the details of the successful plan to Cortizo and outlined how it could be implemented in Panama as well.

Cortizo was enthusiastic about the project and showed great interest in starting it in Panama to “help youth and give them a light in the tunnel with the noble sport of boxing,” he said.

Tapia also showed his desire to support the program hoping it will be “the new dawn of Panamanian boxing.” 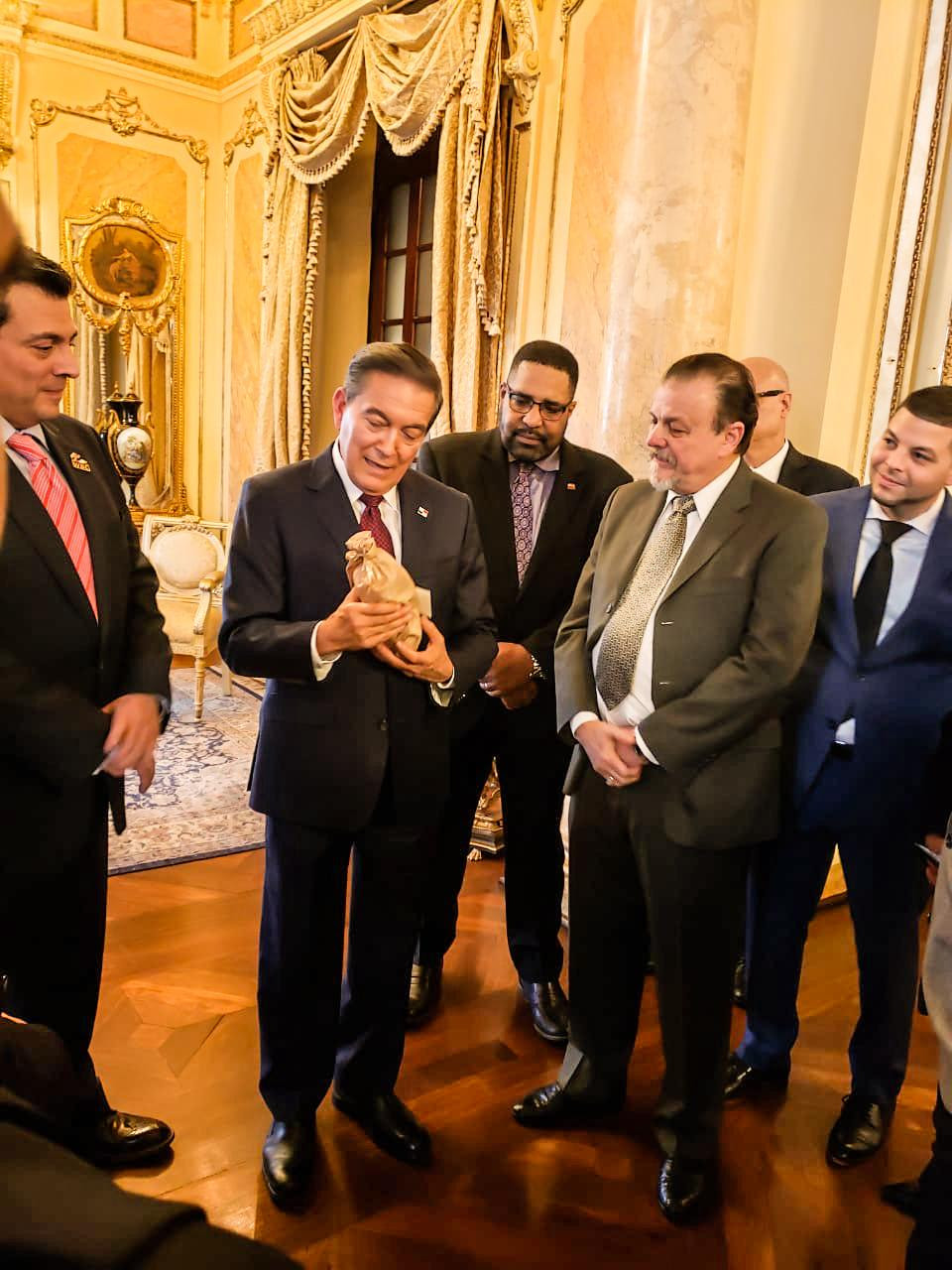 “The New Dawn of Panamanian Boxing” (El Nuevo Amanecer Del Boxeo Panameño) program will begin soon with the assistance of Lewkowicz and the Uruguayan Commission of Amateur and Professional Boxing (CUBAP) and its president Sergio Márquez.