Demetrius Andrade retains as two other world champions are dethroned

Demetrius Andrade kept hold of his WBO middleweight title as Daniel Roman and Tevin Farmer were relieved of their title belts in Miami.

Miami Fight Night was electric as professional athletes and celebrities packed the Meridian at Island Gardens on Thursday night ahead of the big game (Super Bowl) in Miami, and live on DAZN.

Diaz was cut by an accidental head butt in the second round but persevered to claim his first world title.

Akhmadaliev, in just his eighth professional fight, catapults himself into the record books as he ties Leon Spinks as the fastest male unified world champion in history. 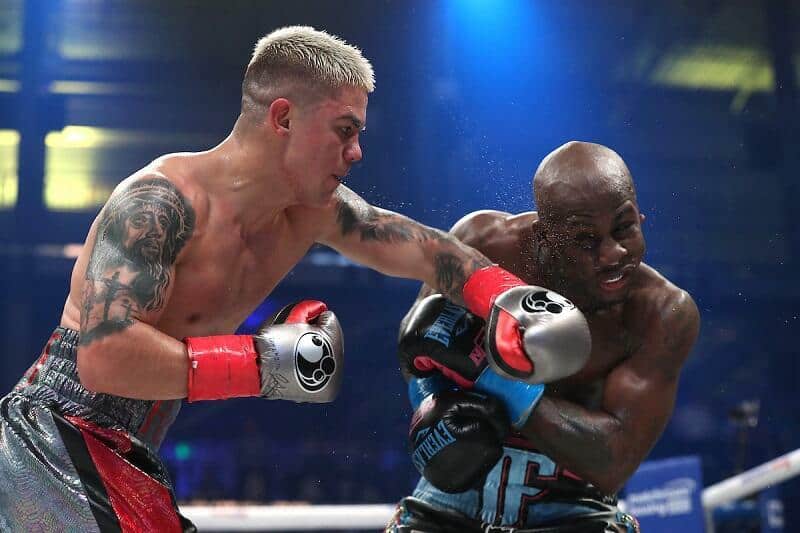 On his performance: “I think I needed to learn from the adversity that God put me through. I want to be an influence. You can overcome anything if you believe. I stayed focused and I got the W this time.”

On how the cut impacted his approach: “It didn’t change the fight at all. I just pretended it wasn’t there. I just see it right now and that shit is f**king deadly. It’s ugly as hell.

“I think in the second round we clashed heads and it started leaking. But I am a warrior, fighting through that is what champions do. This is my only opportunity, I had to take advantage of it.”

On how he adjusted after the cut: “If I would’ve changed the game plan due to the cut, I would have gotten tight. I’d have gotten tense and then tired in the later rounds. I trusted my corner and kept my composure.”

On Tevin being more offensive than usual: “I just want to say that Tevin Farmer is a hell of a fighter. He has been through everything. He has been shot in the head. And he has four losses and came back. He battled back in his career. I know we are going to have a rematch.”

Rematch clause: “Yeah, I will talk to my manager and Golden Boy Promotions and see what they want to do. I’m just so excited. I have been dreaming about this moment for a long time. I want to thank my friends and family and everyone who came out here tonight to support me.”

On his performance: “He put up a hell of a fight. That’s all I can say. I messed my hand up in the first round, you could probably tell. But he fought a hell of a fight. I couldn’t use my jab the way I wanted. There’s no excuses though. He capitalized on the injury. He must have seen it and that’s what champions do.

The rematch: “We will do this again. I want the immediate rematch. I hope we can do it in April or May, or whenever the team decided to run it back.” 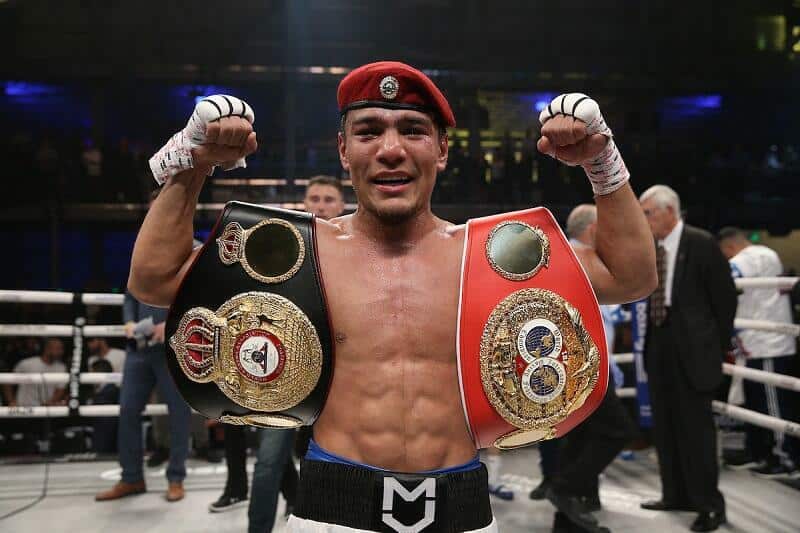 On his performance: “I cannot describe what I am feeling. I have never been a world champion, not even in the amateurs. It never happened for me. Now I am the first in the history of Uzbekistan to be the unified champion. This is something incredible.”

Never going the distance before: “First of all, Danny Roman is the most proven 122-pounder in the world. He has been in wars in his career. I was preparing for the best in my division. It was a hell of a fight and Danny was even better than I expected. It was a great fight.”

On his performance: “I think I won the fight, at least by a point. It was a close fight. MJ is a hell of a fighter – a strong fighter. I made the adjustments but I just came up short.”

On his game plan: “MJ is a complicated fighter. I had a plan but at the last minute, it changed. He was the better man tonight.

What’s next: “I am a fighter. I will fight anyone they put in front of me. MJ was my WBA mandatory and it cost me a lot to get that belt so I wanted to keep it. But we can learn a lot in victory and a lot in defeat.

“I would like a rematch if MJ will give me one. This is going to make me stronger, just like the other two losses did for me.”

Boxing on DAZN continues when rising lightweight sensation Ryan Garcia looks to defend his WBC Silver Lightweight Title against Francisco Fonseca at the Honda Center in Anaheim, California on Feb. 14 – live on DAZN.