Jarrett Hurd is back in business and in the hunt once again for world titles following a points triumph at Barclays Center in New York.

The co-main to the Danny Garcia vs Ivan Redkach event featured the former unified champion, also known as ‘Swift’, returning to the ring for the first time since losing his titles to score a unanimous decision over Francisco “Chia” Santana in their 10-round super welterweight contest.

“We’ve moved on from the Julian Williams fight,” said Hurd. “We came out here, we had a long layoff and we got the job done.”

This was Hurd’s first fight with his new head trainer Kay Koroma, who he trained within Colorado, taking him away from his home in Accokeek, Maryland for the first time leading up to a fight. Hurd looked to show off an improved defense and use his height and reach advantage to dominate with his jab.

Hurd was able to control much of the fight from the outside, landing 80 jabs throughout the fight, connecting on 22%.

He also proved elusive in the ring, allowing Santana to only land five jabs throughout the fight.

Santana was able to impose his style at different points though, closing the distance on Hurd and peppering him with combinations punctuated by straight right hands. 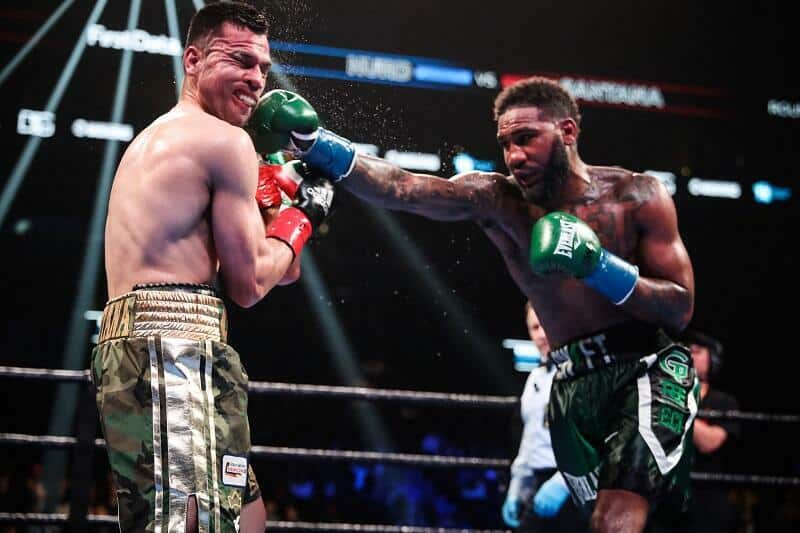 Santana’s style, however, left him vulnerable to Hurd’s counters, which he took advantage of most clearly in the fifth round, countering with numerous straight right hands that rocked Santana consistently. Santana’s 737 punches thrown outpaced Hurd’s 684, but Hurd’s 34% connect rate was superior to Santana’s 13%.

Hurd continued to use his feet and evade the charging Santana, before he eventually punctuated his performance by dropping Santana in the closing moments of the fight, first hurting him with a left hook and then putting him on the mat with an uppercut.

“In the last round, I wanted to come forward and close it hard. But I got a little bit careless for a second,” said Santana. “In boxing, you have to stay focused for every second of every round. He caught me with a good shot.”

Santana was able to make it to his feet and see the final bell, but Hurd was the victor on all three cards, by scores of 97-92 and 99-90 twice.

Fulton established his jab as his best weapon from the opening frame. Snapping his left hand at Khegai consistently to force his hard-charging opponent to hesitate on his way in. Fulton landed 25% of his jabs. Connecting on 83, compared to Khegai’s 28.

“That’s what I do,” said Fulton. “I use my jab. I tried to utilize the jab all night. Win the fight behind the jab. I showed that I’m ready for a world title next.”

Khegai looked to throw power shots early and often, targeting the body and trying to finish his combos with a left hook. While he was able to force Fulton to retreat to the corner often, he was unable to take advantage, as Fulton was able to hold strategically and slow Khegai’s offense.

As the fight went on, Fulton increased his activity, mixing in lead left hooks and body shots to make Khegai hesitate further. Khegai’s frustration appeared to grow as the fight went on, as his output decreased from chasing Fulton around the ring. While Khegai was the more active puncher over 12 rounds, throwing 649 to Fulton’s 535, Fulton landed 182 punches compared to 123 from Khegai. 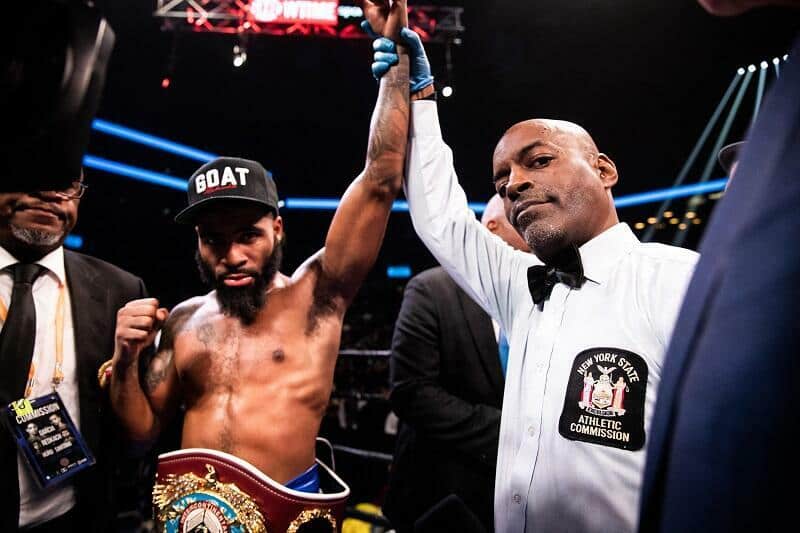 “I felt great against a tough opponent,” said Fulton. “I stayed in my boxing. Kept him off his game. I pulled a victory out. I knew he was a rough and tumble customer. So I just had to keep my composure.”

While Khegai landed some powerful shots in the championship rounds, Fulton was too elusive and was never hurt by Khegai, on his way to earning the victory by scores of 116-112 and 117-111 twice.

“It feels good to get this win,” said Fulton. “We’ve been through tough times and fought tough opponents. I’m proud of my team for staying together.

“We’re Philly strong. I want that world title. I’m going to train even harder for my next performance so if I have to dog out it out even more, I’ll be ready.”