Bare Knuckle Fighting Championship (BKFC) has announced the signing of 2016 U.S. Olympian and bronze medalist Nico Hernandez to a promotional contract that will see the highly-touted boxer fight in the world’s biggest bare knuckle events.

Hernandez will bring his fast hands and aggressive style to BKFC where he will compete in the 122-pound flyweight division. His BKFC debut will take place on Saturday, March 14 with additional information to be announced soon.

“This is as real as it gets, and now I get to punch someone in the face without gloves. I can’t wait to fight for the fastest growing combat sports promotion in the world. When I step into the ring on March 14, the gloves come off!”

“We are very pleased to sign Nico Hernandez to a contract to fight March 14,” said BKFC founder and President David Feldman.

“Nico is very talented and always brings his aggressive style to the table. This indicates the direction we are going, by signing young stars with great potential. Nico is one of many great boxing signings we will have in 2020 for BKFC. We can’t wait to see what Nico delivers!” 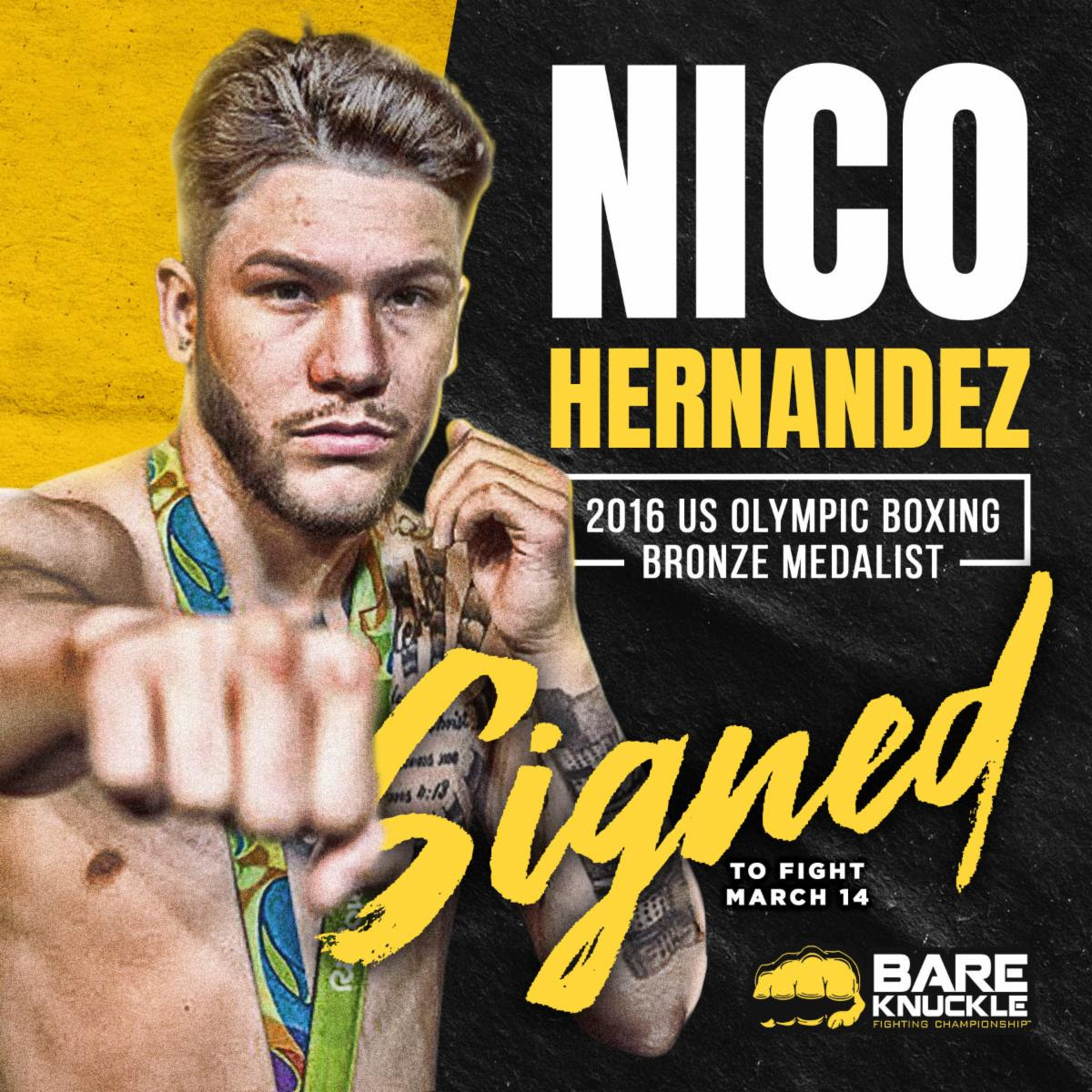 The unbeaten 24-year-old from Wichita, Kansas capped off an impressive amateur career at the 2016 Olympic Games when he defeated fighters from Italy, Russia and Ecuador to clinch his light flyweight bronze medal. Hernandez is the first U.S. men’s boxing medalist since 2008. Since turning pro in March 2017, Hernandez has compiled a 7-0 record, including four wins by knockout.