Kell Brook has been knuckling down in the gym as the Sheffield man displayed a chiseled physique at a recent photo opportunity.

The pair are preparing vigorously for their respective fights at FlyDSA Arena in their hometown on February 8th.

Brook is gearing up for a homecoming return after a 15-month hiatus from the sport. His last fight in 2018 saw the Sheffield fighter outpoint Michael Zerafa in an underwhelming performance.

‘Special K’ was expected to fight on the undercard of Joshua-Ruiz at Madison Square Garden in the summer only to withdraw late on.

Since then, Brook has overcome difficulties outside the ring.

The one-time 147-pound title-holder is now prepared to give it one last throw at the dice alongside his first trainer Dominic Ingle. The pair split briefly, as exclusively revealed by World Boxing News.

“I’m so happy to be back. I can’t wait to put on a performance for my city on February 8 live on Sky Sports and DAZN,” said Brook when the fight was announced.

“I’ve had a year out. There have been some dark times. But what I’ve realized is I love this sport. I know I have some of my biggest years left in the game.

“DeLuca is a strong, gutsy fighter who is always ready for war. But I’m planning on putting on a statement. To show the world that I’m still a force at 154 or 147lbs.”

Often struggled to make the welterweight limit, Brook will campaign this time at 154 against DeLuca.

Despite being in talks to deliver a domestic dust-up with Amir Khan, the pair are yet to agree on terms as both careers near an end.

The fight certainly won’t be what it once could have been. But Adam Smith recently admitted he wants to make the fight for 2020.

There’s no doubt the Sky Sports Head of Boxing and promoter Eddie Hearn would jump at the opportunity of staging the contest on PPV.

Ultimately, it’s whether Khan wants to fight Brook. This has been the case for a while. 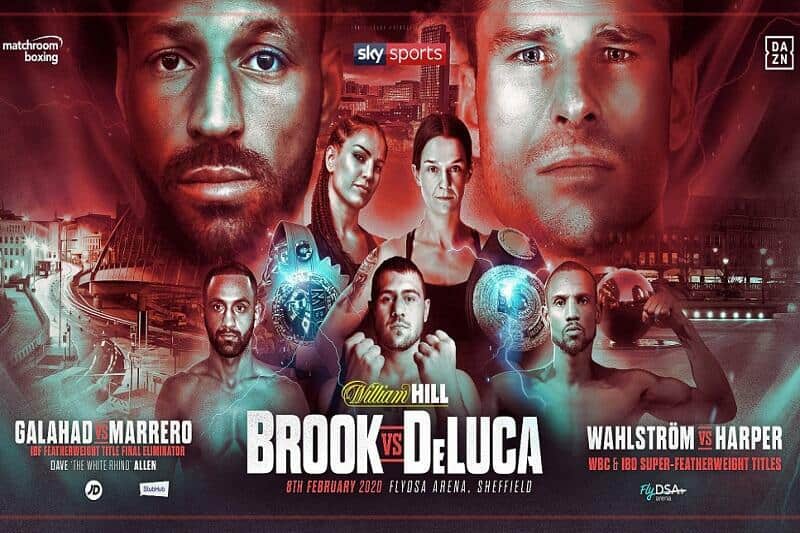 The fight was close to being confirmed last year before Khan decided to fight Terrance Crawford for the WBO world title.

Having lost to the exceptional Crawford, ‘King’ Khan got back to winning ways in the backend of 2019 with victory over Billy Dib in the Middle East.

Should Brook come through his upcoming bout in ruthless style, maybe there’s a slim chance these two rivals can finally trade blows?

For now, it’s just a case of seeing how much Brook has left in the locker come February 8.

The show is Live on Sky Sports in the UK and Dazn in the US.