World Boxing News has been all over the story of whether Anthony Joshua vs Andy Ruiz Jr. 2 actually broke the UK Pay-Per-View record.

Days after the Saudi Arabia event, and long before any official figures were revealed, UK tabloids reported the fight had broken new barriers.

Following a similar announcement over the YouTube fight broadcast on Sky Sports Box Office, there was immediate skepticism over the claims.

As WBN revealed, that said YouTube fight only sold 216k PPV buys, according to statistics from the British Broadcasters’ Audience Research Board (BARB).

BARB publishes the viewing figures on a weekly basis and where the numbers of PPV sales are recording publicly in the UK. This is largely due to the decision by Sky and their partners to keep their sales private.

Therefore, WBN followed the reveal intently. Which after some delay, it was confirmed on Friday, January 3rd.

Joshua vs Ruiz 2 was stated to have been viewed by 1.54m on PPV.

As WBN stated at the time, Joshua’s second clash with Ruiz broke the PPV (BARB viewing) record previously held by the Briton’s battle with Klitschko in 2017.

Once again WBN was a little unsure about those figures. Given by the fact the Ruiz offering only overcame the Klitschko event at Wembley by a mere EIGHT THOUSAND purchases.

Checking back a day later, those Joshua vs Ruiz 2 buys had been rounded down to significantly to 1.28m. Updating on the story, it was then published that Joshua vs Ruiz 2 did NOT actually break the Klitschko benchmark.

As usual, fans had their views on social media. Some choosing to explain the logic behind the record-breaking feat.

Stated by more than commenter, Joshua vs Ruiz 2 had actually claimed the PPV title by coupling buys from fight night and the following week.

The 1.28m views from December 7 had been added to further buys taking place days after the card. Therefore, AJ had extended his own achievement on this basis.

WBN decided to go back to April 2017 and double-check if this had been done before with any other event. Sadly for Joshua, this wasn’t the case.

So now, if further buys are to be taking into consideration. For example, those bought the week after as suggested for Joshua vs Ruiz 2, the Klitschko super-fight would no longer be the top Pay-Per-View.

Taking fight night views and the subsequent seven days of sales, Joshua’s fight with Joseph Parker in March 2018 absolutely wipes out any other PPV. 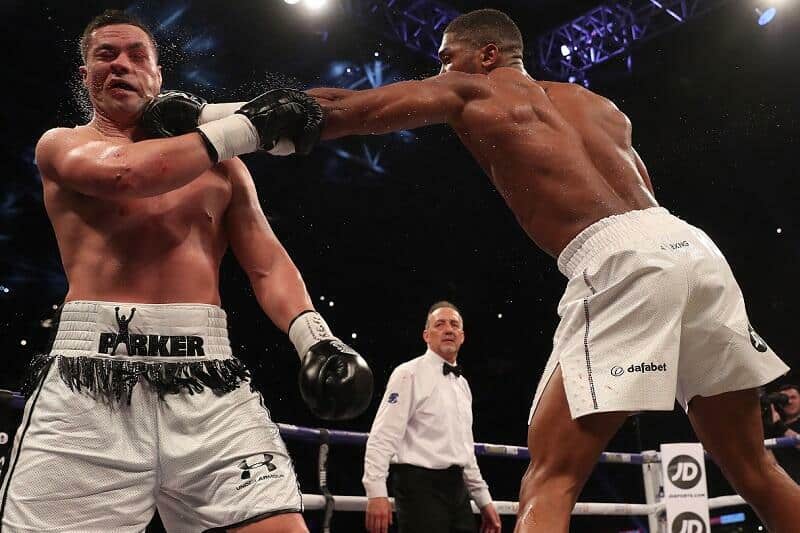 During the broadcast from the Principality Stadium in Cardiff, BARB recorded 1.457m views for Joshua vs Parker. This remains the official total stated for the bout.

But, taking on the new Joshua vs Ruiz 2 ruling, the heavyweight unification had 375,000 views the following week.

This means, and solely on the basis of the Joshua vs Ruiz Jr. 2 principle, the Parker fight actually had a 1.832m total. That total number obliterates Joshua vs Klitschko by almost a quarter of a million sales.

There’s also a big shock there.

Initial projections for Haye vs Bellew were under the one million mark, although BARB’s official figures prove otherwise. That leaves Haye vs Bellew in fourth place, up some five places on the list.

It’s not even taking into account buys from the week running up to the fight.

If we add all three weeks together, before, during and after fight week, the totals come out slightly differently as below:

(PPV views week before, during and week after)

(During and seven-day after-sales)

**BARB figures are only available from 2010. Floyd Mayweather vs Ricky Hatton (1.15m fight night views) could not be concluded from results.

Phil Jay is Editor of World Boxing News and an Auxiliary member of the Boxing Writers Association of America. Follow on Twitter @PhilDJay