Rumors were rife Joshua had been spotted cutting a trimmer figure. This firmly seems to be the case in these latest snaps.

The Watford-born boxer has been training at his gym in Sheffield with trainer Rob McCracken ahead of his world heavyweight rematch with Andy Ruiz Jr.

As WBN revealed last week, new coach Angel Fernandez has also been present to give a new dimension.

On top of the pictures, which JD Sports supplied to WBN, some of those who managed to get close to AJ during camp have also confirmed the body alteration.

Joshua has much to regain after he was spectacularly beaten in one of the biggest boxing shocks in history.

Joshua will now take on Ruiz in Diriyah on December 7th. The Brit holds hopes of winning back his four world title belts. 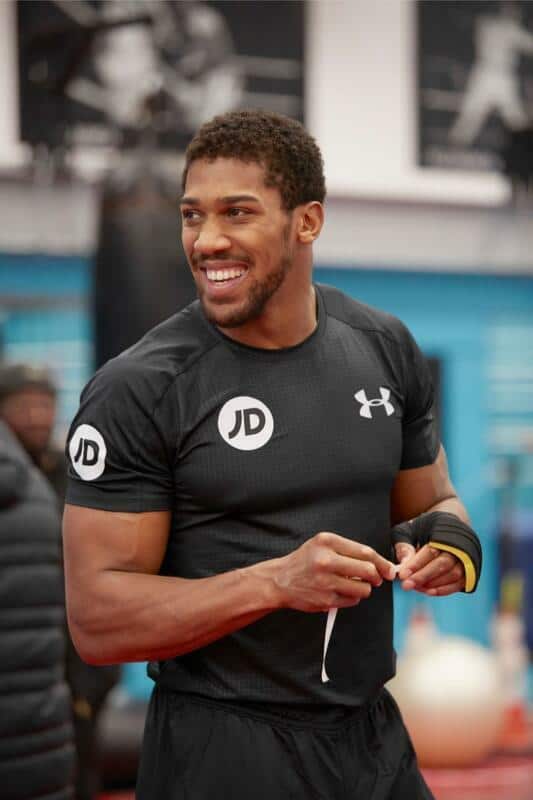 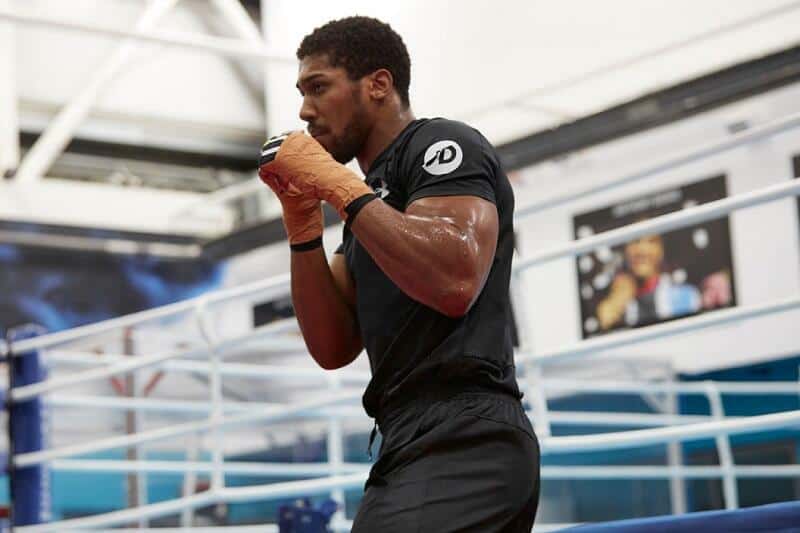 Like his forthcoming opponent, Ruiz has similarly shed weight as the weeks fly by to fight night.

Original images of Ruiz were thought to be a smokescreen. That was until a sparring session with contender Michael Hunter.

‘The Destroyer’ was in magnificent shape. It proved he’d come a long way from his blubbery appearance at Madison Square Garden.

In a follow-up interview, Ruiz would surprisingly reveal he only plans to scale eight pounds lighter. 260 compared to the 268 back in June.

It would come as a massive surprise if this was the case. Although muscle mass does weigh heavier than fat and would go some way to explaining only a half stone of difference.

Whatever the case may be, fans are in for a real treat when the first bell goes in anger.