Former pro basketball player Danielle Perkins shifted to boxing five years ago, when her hoops career ended, and ever since she’s been making up for lost time in the ring.

The Brooklyn-born Perkins, who is a personal training manager living in Houston, is a fan-friendly, boxer-puncher who adjusts to her opponent, usually starting rounds conservatively before aggressively applying pressure as the round goes on.

Ranked No. 1 in the United States, Perkins is the type athlete who rises to the occasion, fighting her best against the best, which will likely happen again next month at the World Championships, Oct. 3-13, in Ulan Ude, Russia.

“I’m excited to get back on the world stage,” she said. “I love fighting for Team USA! I had a chance to watch a few fights and the Elite heavyweight division is athletic. The other top contenders, in order, are from China and Turkey.” Perkins won bronze at last year’s Elite World Championships in New Delhi, India.

Perkins plans to take advantage of the way women’s professional boxing has become more popular and respected. “My short-term goal is to win gold at the Worlds and eventually the WBC (World Boxing Council) and WBO (World Boxing Organization) belts. Female pros like Claressa Shields, Mikaela Mayer, Heather “The Heat” Hardy and Amanda “The Real Deal” Serrano are inspirations for my next step in boxing.” 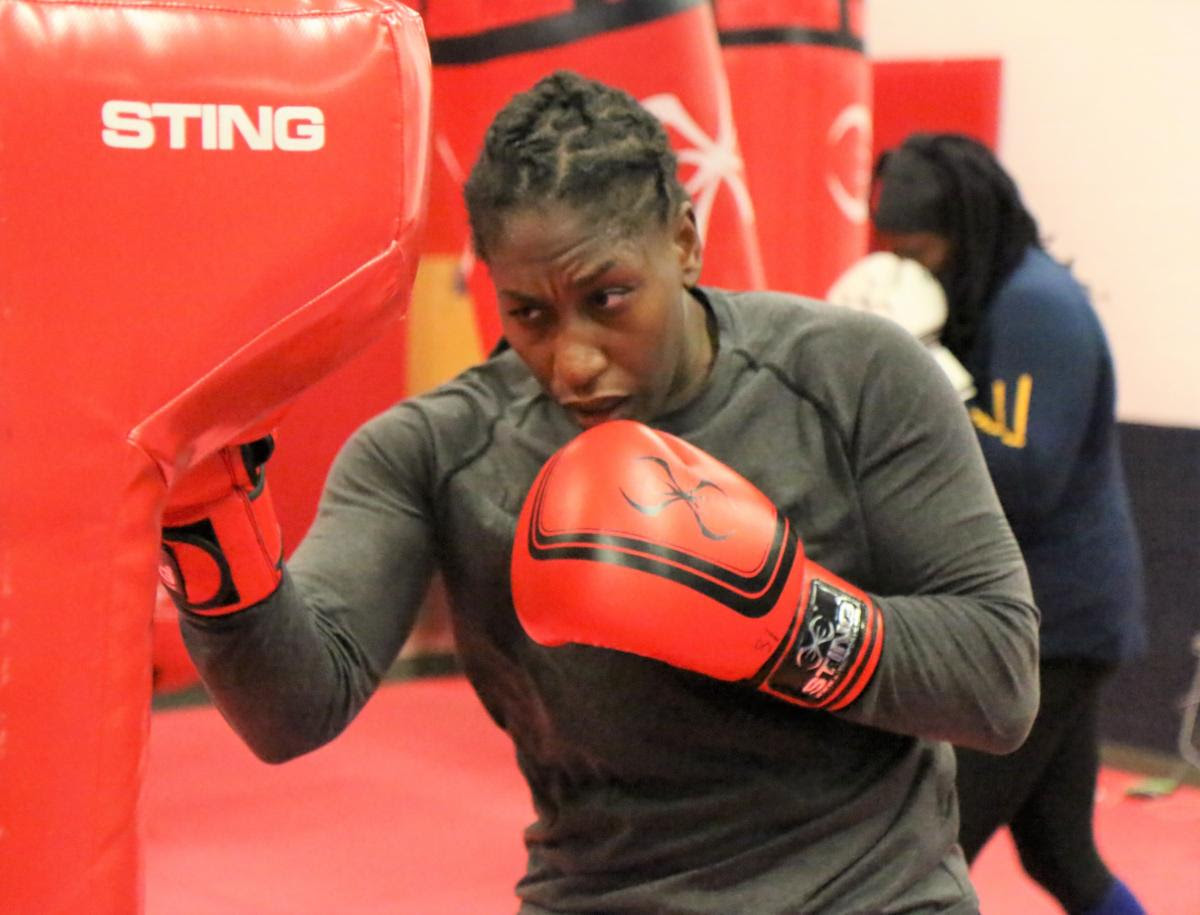 Not many people know that Perkins plays the bass, but what she really enjoys, outside of boxing, is playing “Assassin’s Creed.”

Someday, Danielle Perkins will be a two-sport professional.