US #1 Ravven Brown bids to shine in first World Championships

Next month when No. 1 ranked light welterweight Ravven Brown enters the ring at the Elite Women’s World Championships, it’ll mark her first participation in an international tournament.

The 28-year-old Brown got a relatively late start in boxing, less than three years ago and quite by accident. She was about to ship off to boot camp in the U.S. Navy, but her enlistment date was pushed back, and instead she found boxing.

“Now,” she explained, “I look at it as a blessing in disguise. I then needed a job, so I started working at a Boys and Girls Club (in San Antonio, TX) and I overheard noise upstairs in the gym. I went there to check it out and that’s when I met (coach) Jeffrey Mays. He told me to hold off on the Navy and to trust him.”

She trusted him and today the Atlanta native has already captured two gold medals, 2018 Elite National Championships and 2018 Eastern Elite qualifier, and placed at four other tournaments. And already she’s preparing to compete in the largest amateur boxing tournament in the world, excluding the Olympics, which will be held October 3-13 in Ulan Ude, Russia.

“I feel that I’m blessed,” she said. “I have only been boxing for three years now, so to be at this level in such a short amount of time is an honor. Athletes work for years just to get where I am now. I want to take full advantage of this opportunity.

“I have never been out of the country (U.S.) and this will be my first time. I’m glad my first time going overseas will be to represent my country doing what I love.” 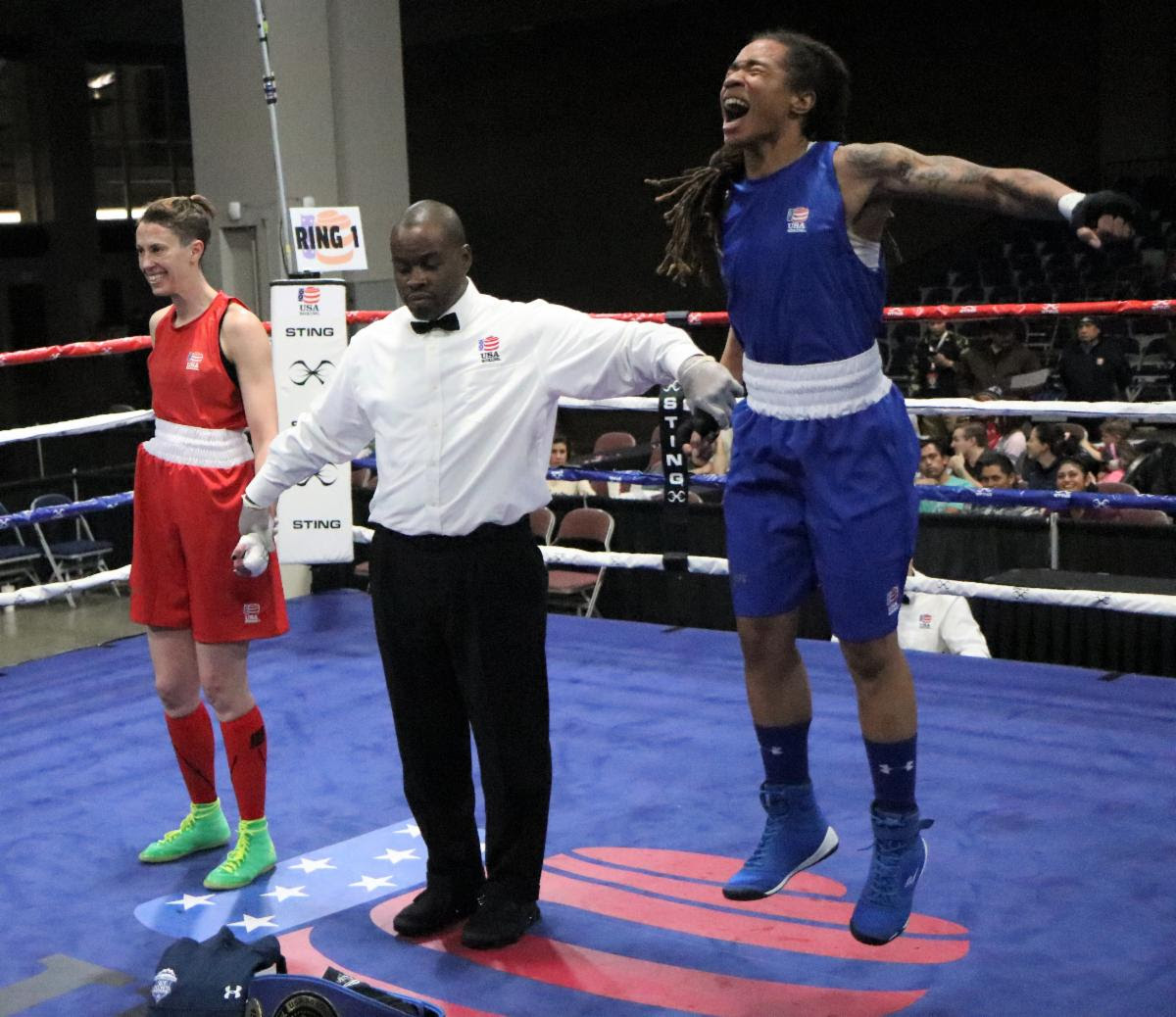 She has taken full advantage of training with her teammates at the United States Olympic and Paralympic Training Center in Colorado Springs, which has helped her accelerate her amateur boxing career to the point where she’s fighting the best in the world on even terms.

“I’ve been able to prepare with the best training in Colorado Springs,” she added. “The intensity level is very high compared to our gym back home, and we have access to a lot more here. It’s the best of the best, so I have no choice but to improve.”

Brown is making a name for herself. And what’s behind her unique first name?

“No special meaning,” Ravven answered. “My mother loved the actor that played on the Cosby Show. The two ‘v’s’ came because my mom couldn’t take the pain and she was given stronger medicine. Then she mistakenly put two ‘v’s’ in my first name. I love it because it’s different and I wouldn’t have it any other way.”

She eventually plans to join the U.S. Army and participate in the World Class Athlete Program (WCAP) and then use her boxing platform to inspire and motivate youth.