She is a three-time National Golden Gloves champion (2017-2019), as well as a gold medalist at the 2018 Elite National Championships and Eastern Elite Qualifier. Next month, she will be competing in the Elite Women’s World Championships, Oct. 3-13, in Ulan Ude, Russia.

“Hawaii’s boxers are slowly coming up on the rise,” the 28-year-old Locquiao believes. “It’s a lot more tough for us to get on the map but learning to box here is no different than Colorado. I have an experienced coach (Carlos Tangaro) who is a former pro and he can relate to being an amateur and pro boxer. We make do with the teammates we have to get in great work to prepare for tournaments, because getting fights in Hawaii, especially for girls and women, are tough to find. I have needed to fly to the mainland in order for me to get matches and fights in advance to be where I’m at today.

“Training in Colorado has put me in a different environment where I can improve things that I can’t back home. Sparring with the best in the nation brings out the best in me. The altitude (in Colorado Springs) has also helped me get into shape and I’ve learned different techniques to enhance my style of boxing. There are definitely no distractions there and I solely focus on nothing but training.”

Despite the many obstacles she’s overcome as a Hawaii-based boxer, she is also at a distinct disadvantage heading into these Championships, taking on far more experienced boxers such as record-holding six-time World Championships gold medalist and 2012 Olympic bronze medalist, “Magnificent” Mary Kom, of India.

“I definitely feel excited to represent Hawaii and my country,” Locquiao spoke about her upcoming experience in Russia. “I’m a little nervous since this will be part of many first for me to come. This will be my first international experience and first time traveling with USA Boxing. I want to show I can be one of the best in the world. I’ve heard of Mary Kom, and the other top contenders in my weight class are from Russia, Ukraine and Korea. 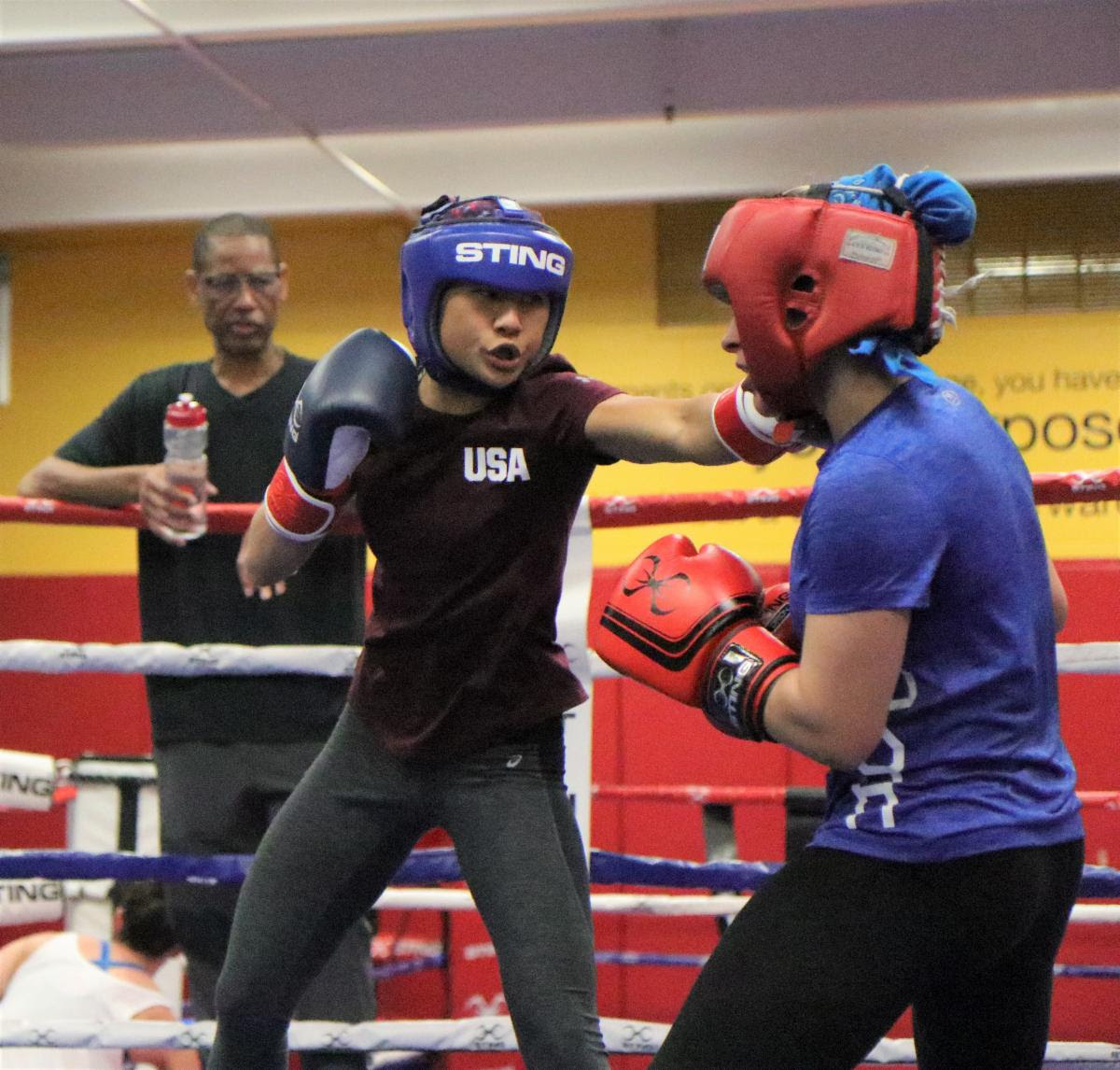 “I want to gain more experience since I started boxing late. I only have 16 fights and the women I fight will have had many more fights than me. I want to make Team USA again this upcoming year and gain more international experience so I can make my decision about my long-term goal of turning pro.”

Not too shabby for a Hawaiian who first started boxing as a fitness exercise to lose excess weight she had gained after undergoing three ACL surgeries.