Oleksandr Usyk makes his Heavyweight debut on October 12 at the Wintrust Arena in Chicago, live on DAZN in the US and on Sky Sports in the UK – and tickets are on presale now.

Usyk (16-0 12 KOs) moves up to join the big boys having dominated the Cruiserweight division, ending his time at the 200lbs limit as the undisputed champion.

With a clinical KO win over Tony Bellew in Manchester in November, that victory continuing his epic run of wins in his opponents backyard that saw him seal the inaugural World Boxing Super Series through wins over Marco Huck, Mairis Breidis and Murat Gassiev. 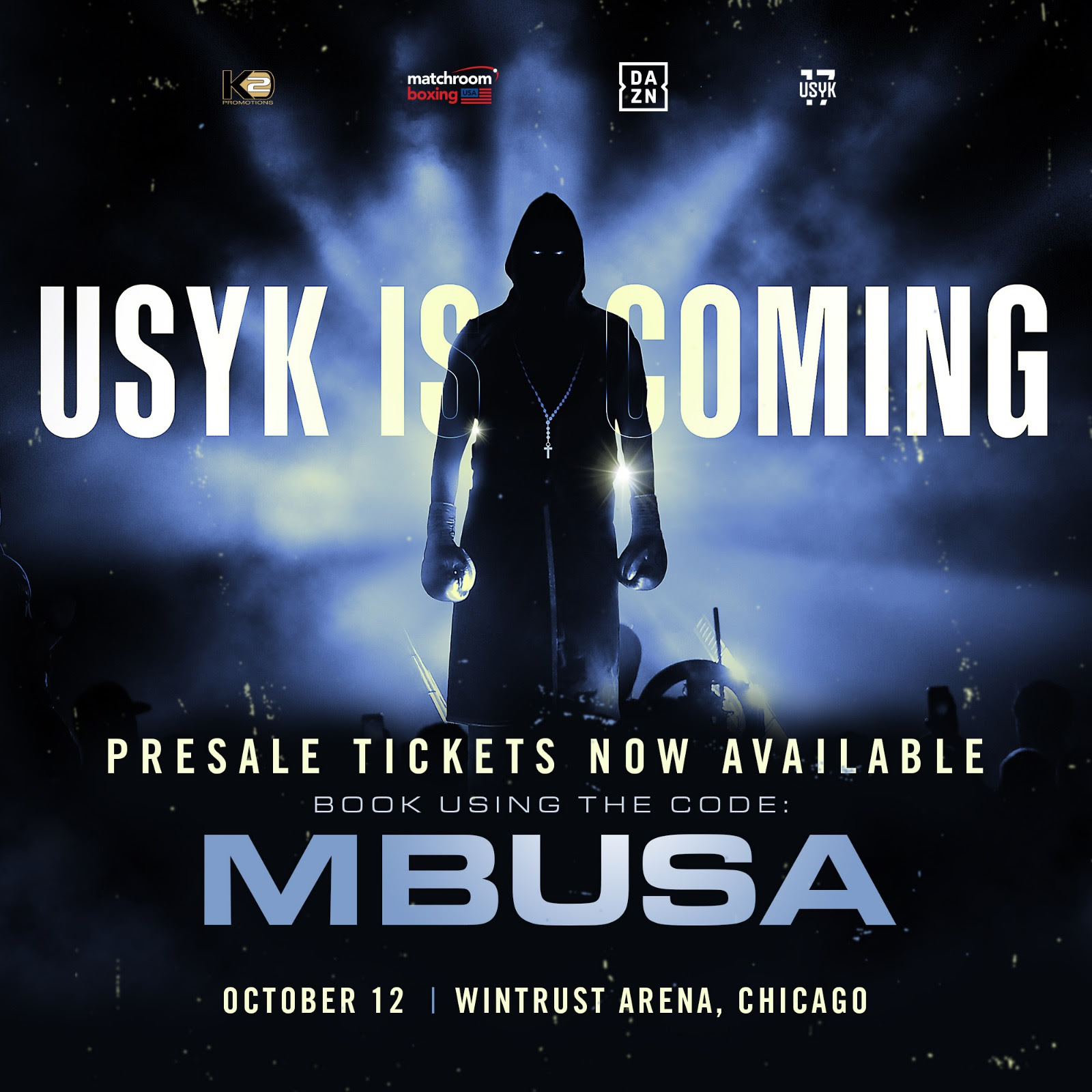 Tickets start at $40 plus booking fees with the pre-sale codes USYK, WINTRUST, MBUSA in effect at: https://www.ticketmaster.com/event/070057139FF02C5D. General sale will begin at 11am CT on Friday August 30 at the same URL.