David “El Bandera Roja” Benavidez successfully weighed in at 183.5 lbs. today, in compliance with the WBC’s mandated 30-day pre-championship-fight weigh-in for his 12-round quest to regain his beloved title belt against Anthony Dirrell.

According to WBC rules, 30 days before a championship fight, boxers cannot be 10% over the contracted limit. By scaling 183.5, Benavidez is safely within that parameter (184.8 lbs.).

Phoenix-born Benavidez began his training camp June 6 in Canastota, New York, where he held public workouts on the museum grounds for the 30th Annual Hall of Fame Weekend. He and Father/Trainer Jose Benavidez Sr. have since moved operations to Brendan O’Reilly and Marvin Somodio’s Combinations Boxing Academy in Lawndale, California.

Per WBC rules, Benavidez must also make weight seven days before the fight by being no more than 5% over 168 lbs. 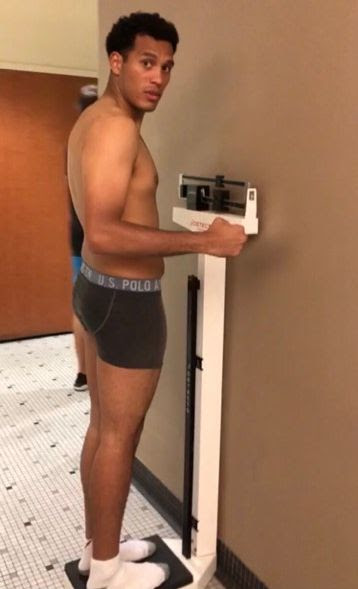 Benavidez vs. Dirrell will serve as the main supporting bout to the Errol Spence Jr., vs. Shawn Porter battle for the WBC and IBF World Welterweight Championships.