Joshua has plenty to work on after being humbled by Ruiz at Madison Square Garden. Ruiz dropped Joshua four times on the way to becoming world champion.

Since then, Joshua has faced stern criticism for his demeanor in the build-up and performance on the night. It’s led Joshua to begin working on his style just weeks after the fight.

Posting a video on SnapChat, Joshua was seen going through a shadow boxing workout on a treadmill. It didn’t take long for Ruiz to reply with a negative response. 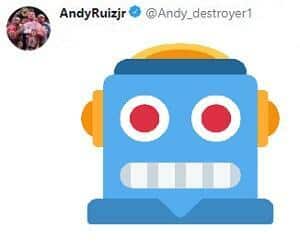 Dates in November and December are being considered for the return. It’s expected to take place back in New York.

Promoter Eddie Hearn is making a last ditch bid to persuade DAZN bosses Joshua should be given home advantage on UK soil.

Therefore, the Principality Stadium in Wales has now emerged as the frontrunner from all British venues.

MSG is top with the bookies. Las Vegas remains a few points behind.

Anthony Joshua sparring partner Joey Dawejko has revealed a pre-fight exchange between the pair before the Andy Ruiz Jr. fight on June 1st. Dawejko, who hurt Joshua in a training session in the build-up, warned the Briton to be wary of Ruiz potentially causing his problems. Eventually, Ruiz would drop Joshua four times at Madison […]

Anthony Joshua is set to bid for revenge at the same arena where the Briton suffered his most damaging defeat. The 29 year-old, as WBN first reported earlier this month, is set to face Andy Ruiz Jr. again at Madison Square Garden. Ruiz v Joshua originally went down on June 1st and ended in shocking […]

Andy Ruiz Jr. may have pulled off what many people saw as an impossible task against Anthony Joshua on June 1st, but the Mexican-American is unfancied to repeat the feat. ‘The Destroyer’ was around 10/ with UK bookmakers, and even more in the United States, when Ruiz shocked Joshua at Madison Square Garden. As an […]

As World Boxing News first reported last week, Eddie Hearn confirmed Anthony Joshua’s rematch with Andy Ruiz Jr. is likely to head back to New York. Promoter Hearn has named the venue in his list of potential venues for the first time. Added to that, Hearn has revealed the five dates when the highly-anticipated heavyweight […]

Former pound for pound number one, unified world champion and heavyweight contender Antonio Tarver has given his verdict on the shock loss suffered by Anthony Joshua. Tarver, like many, didn’t see a dominant performance by Andy Ruiz Jr. coming when the pair met at Madison Square Garden. Ruiz managed to survive being dropped for the […]

Andy Ruiz Jr. v Anthony Joshua II negotiations began for a 2019 rematch almost immediately after the dust settled on the first meeting. Ruiz shocked many with a dominant display against an out of sorts Joshua at Madison Square Garden in New York. In the ring at the post-fight media duties, promoter Eddie Hearn stated […]

Anthony Joshua hit the ground in the seventh round against Andy Ruiz Jr, the buzz around the event is still really high. It’s true that the discussion has now shifted from analyzing the fight and what could possibly be the cause for the […]

Anthony Joshua is open to a New York return with Andy Ruiz despite suffering a shocking upset to the Mexican-American at Madison Square Garden. ‘AJ’ lost his first appearance on American soil in devastating fashion on June 1st. The Briton has since offered no excuses for his poor showing. In a bid to regain the […]