Unbeaten middleweight champion and Houston-native Jermall Charlo threw out the first pitch Wednesday at the Houston Astros game in his hometown ahead of his homecoming title defense this Saturday night when he takes on Brandon Adams in the main event of action live on SHOWTIME from NRG Arena in an event presented by Premier Boxing Champions.

Charlo last fought in Houston in 2012 in just his ninth professional fight and will be headlining in his hometown for the first time on Saturday.

“It feels great to have the support of my hometown and throwing out the first pitch at the Astros game is just another way my city is embracing me,” said Charlo.

“It was a fun experience and it’s given me even more juice to go in and put on a great performance for my people. I’m locked in and ready for Saturday night.” 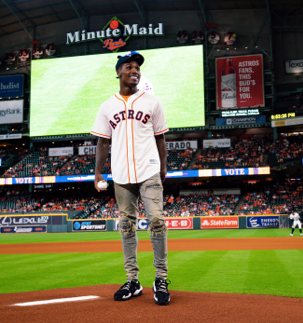