Former world heavyweight champion and man mountain Nikolai Valuev opened up about his continued battle with a brain tumor.

Back in 2011, German doctors stand accused by Valuev’s wife Galina of botching initial diagnosis and treatment following the end of his career.

It’s even believed the giant Russian had the tumor inside his cranium at the time of his fight with David Haye.

Losing the 2009 battle and his championship in the process, Valuev went two years without discovering the ailment.

Upon finding the serious condition, Valuev underwent a five-hour surgery abroad to Germany. A craniotomy was performed to remove the tumor but wasn’t successful.

Second surgery in Russia stabilized the problem, but Valuev was lucky to be alive.

At the time, Valuev was unsure of his future after going through two operations.

“It’s genetics. Nobody can be insured. I had a small tumor of the pituitary gland. The operation had to be done twice,” Valuev explained to interviewer Sofiko Shevardnadze.

“I went to Germany, and there was an unfinished operation, which cost decent money. I have been quiet, but, thank God, in Russia (we completed) this story. 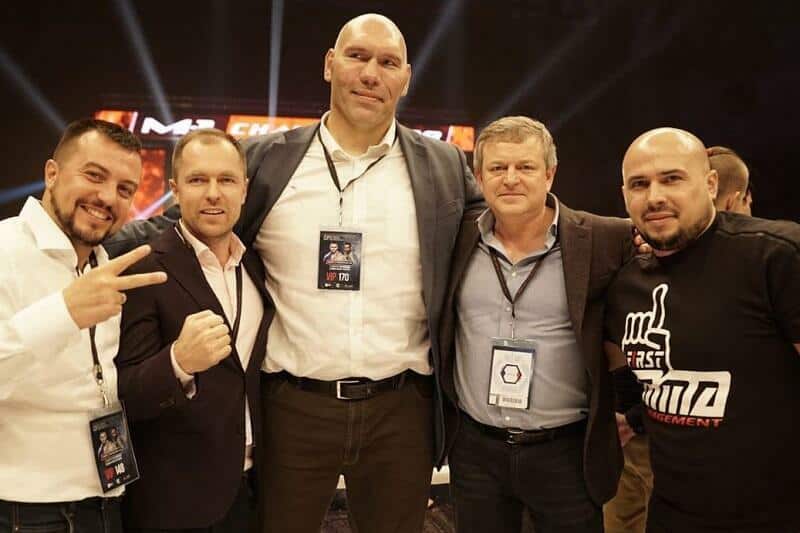 “In the end, it turned out that I have it (forever) and can produce relapses. Doctors called it acromegaly. I was forced to stop Boxing because of it.

“Then I have had two children and I decided that more risk is not necessary. I had the second operation in Russia as the German procedure failed.”

Speaking further to Match TV, Valuev explained his life is under constant threat.

“This is a kind of benign tumor in the brain, it has to be removed in time. Otherwise, it can lead to very bad consequences. A deadly outcome.

“It is in light of the fact that this has to be completed.”

On the mistake in Germany which almost cost Valuev his life, Galina is obviously still not happy at what transpired.

“First of all, I held wild rage against the German doctors. Because we lived for several years in the belief that we are all well and good,” she told Shevardnadze.

“And when all was revealed, there was a great anger. I thought, ‘Why?’ – We were told one thing, but in the end, everything turned out completely differently.

Valuev will undergo constant scans for the remainder of his life, hoping there’ll be no further need to go under the knife again.

In the meantime, Valuev is aiming to make difference in Russian politics.