Kid Galahad certainly seemed to do enough on Saturday night to relieve Josh Warrington of his IBF Featherweight title.

In a controversial split decision, the Sheffield man lost his first ever world title chance in Warrington’s home city.

At the time, World Boxing News scored the fight live and saw it in favor of Galahad 116-112. None of the judges agreed.

One judge had it 116-112 to Warrington, which seemed an unfathomable score. Whilst another saw it 116-113 to the champion.

Finally, Galahad was awarded the decision 115-113 on a solitary card but ultimately this meant disappointment.

An argument immediately broke out on social media, with Warrington supporters stating Galahad ‘didn’t do enough’ to take the title.

Many saw the 29 year-old using spoiling tactics and not throwing enough punches.

In our post-fight write-up, WBN stated it was more like a nullification of Warrington’s work, which came with Galahad getting more shots off than the Leeds man was able to. 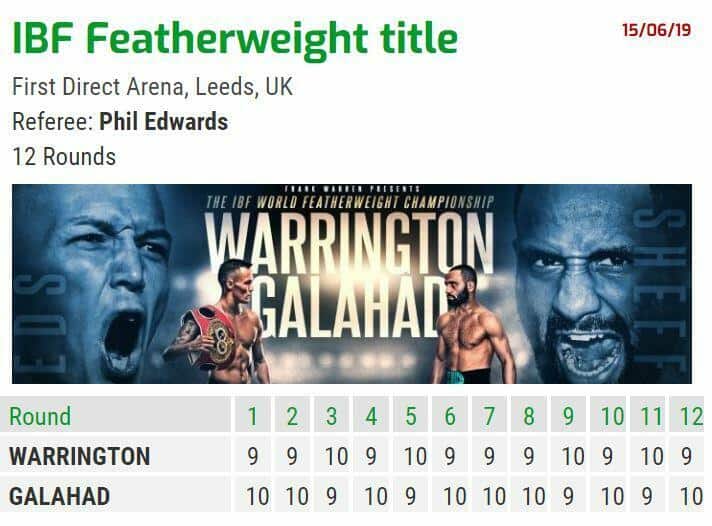 According to stats released this week, that seems to be the case.

Certainly enough to dispell those who say Galahad didn’t do enough. 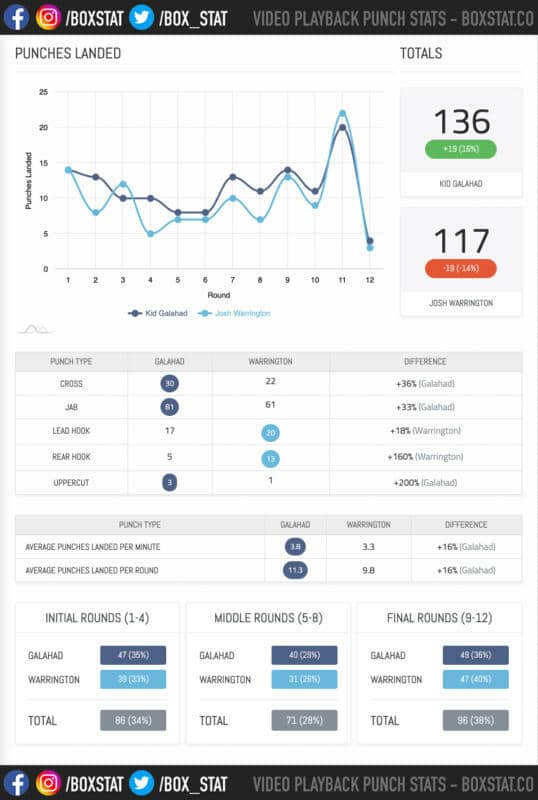 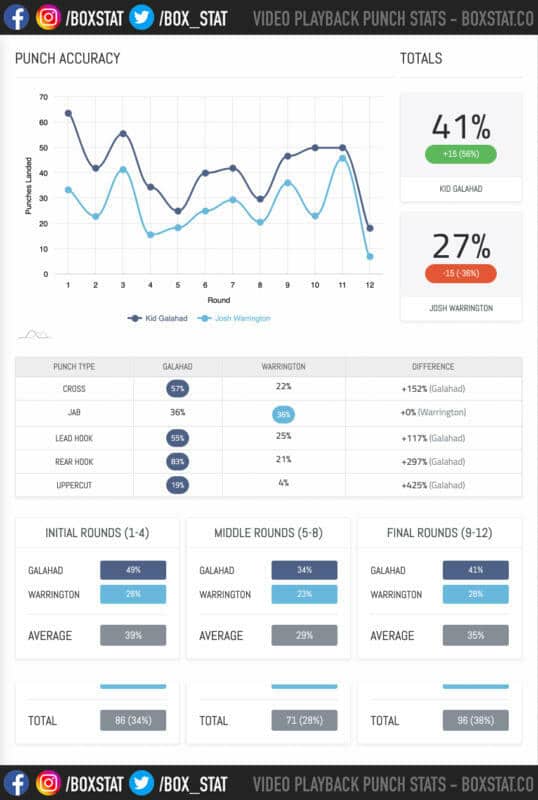 Those three rounds which were closest or where Warrington landed more, barring the ever-tight first, WBN gave all to the home fighter.

The challenger seemed in control for the most part as Warrington scrambled knowing he was probably behind in the bout.

A rematch between the pair would be warranted at this stage, although is definitely not expected to be granted.

Already a member of the ‘who needs him club’, Galahad had scrapped his way to a mandatory shot. Without the IBF stipulation, Warrington may no doubt have gone in a different route.

It’s sad when a fighter does all he can to get to a stage where he lands a shot at the world crown, potentially his only one, and misses out due to a controversy on the cards.

Even though it may take some time, Galahad can come again as ‘Barry Awad’ proved he is world class level.

For Warrington, a unification could be in the pipeline after what should be a deserved voluntary next – on the back of three solid encounters for the devout Leeds United man.

Moving on to potentially bigger things, Warrington can count himself somewhat fortunate to still be in possession of the red belt.