Fury came in seven pounds heavier than for his clash with Deontay Wilder in December, despite looking considerably sleeker.

Muscle mass has obviously replaced the previous fat Fury put on during his time away. Fury scales a huge 263 pounds, 18 higher than the German.

It’s the second bulkiest Fury has weighed since hitting over 270 pounds in 2014.

The former lineal heavyweight champion is in a far better place with his career and was in exceptional shape considering his past struggles.

Schwarz seemed unfazed by the situation he’s involved in but remains a complete underdog. 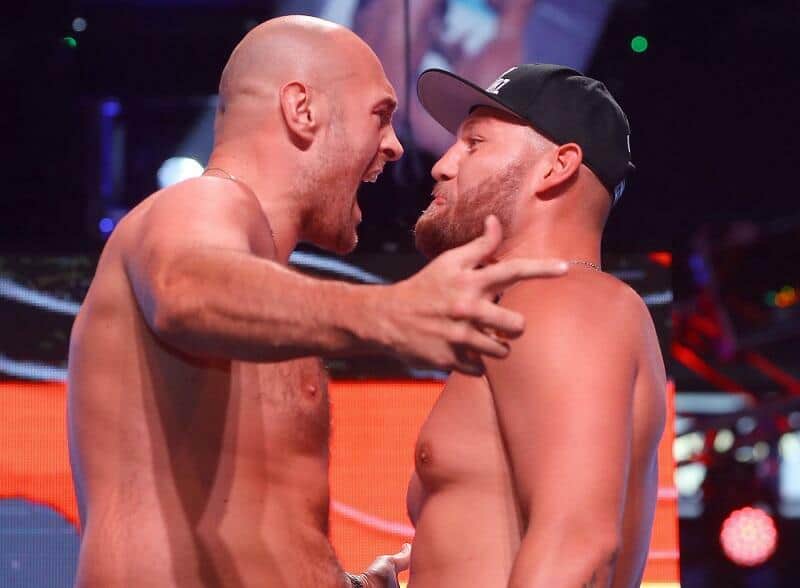 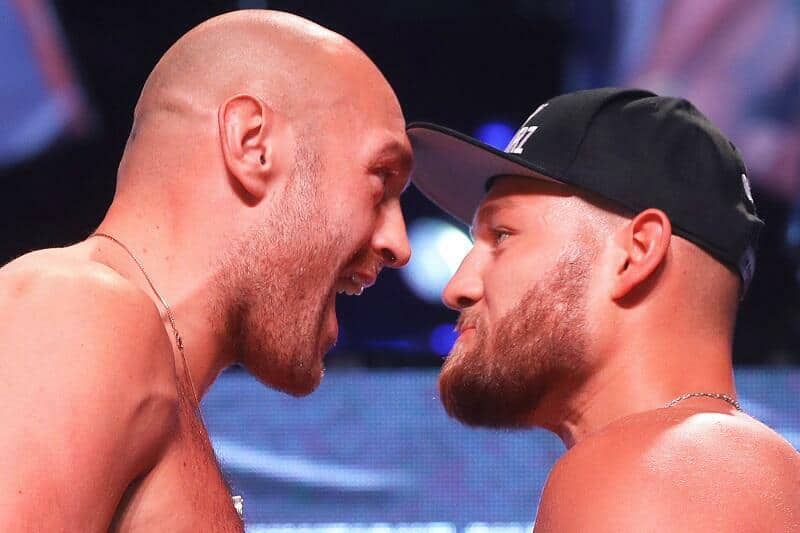 ABOUT FURY VS. SCHWARZ

FURY vs. SCHWARZ, the 12-round fight for the lineal heavyweight championship of the world, is presented by Top Rank in association with Frank Warren’s Queensberry Promotions and SES Boxing, and is sponsored by Geico.

FURY vs. SCHWARZ will take place Saturday, June 15, beginning at 10 p.m. ET/7 p.m. PT at MGM GRAND GARDEN ARENA, and will be produced by Top Rank and ESPN and streamed live on ESPN+.