Advertisements
Home » There was no ‘Gypsy King’ return – I was done, finished, says Tyson Fury

There was no ‘Gypsy King’ return – I was done, finished, says Tyson Fury

Tyson Fury fully believed he was done as a boxing force before embarking on an ambitious return to the ring in 2017.

Teaming up with Ben Davison, Fury fought two comeback fights before taking on the world’s most dangerous heavyweight in Deontay Wilder.

The rest, as they say…is history.

Fast forward a few months and tens of millions of pounds later, Fury stands on the verge of making his debut for US promoter Bob Arum.

The 30 year-old trades blows with undefeated German Tom Schwarz in what Fury is now calling most important of his career.

“I believe the fight with Wilder only helped my profile here in the United States, and here we are again, only a few days away from the biggest fight of my life,” said Fury. 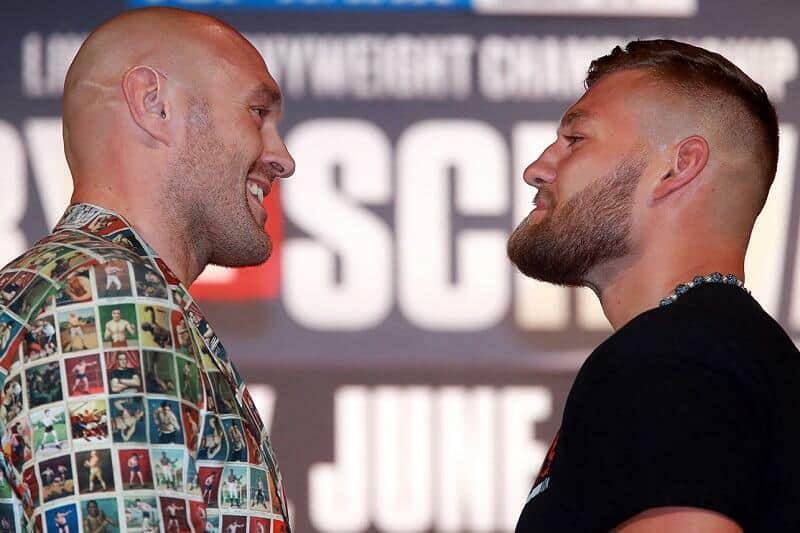 On his public battle with mental awareness, Fury discussed the situation he found himself in during the final press conference.

“I talk about mental health a lot because it’s very important to me. Only 18 months ago, I was in a very, very dark place,” he explained. “I just wanted to prove to people that there is a way back.

“You can come back from anything. Nothing is impossible, and if you’d seen me a time ago when I was very heavy and very unwell… I love to inspire people. to get better and change their lives as I did mine. And I’m living proof that anyone can change.

“I was down and out. I have my family right here, and even those guys thought I was gone. There was no return for ‘They Gypsy King.’ No more. He was finished.

“I dusted myself off, got back on the road, got back mentally well, and me, Ben and the whole team, we worked very hard for a long time to get to this position.

“I’m living the dream. That’s why I’m so happy, so positive all the time. I’m one of the only people who is living what they want to do. There is nothing else that I wanted to do.

“As a kid, I wanted to be heavyweight champion of the world. So now, everything is a bonus. I wake up every day, enjoy life, and take life as it comes,” Fury concluded.