It was a long time coming, but last weekend, James ‘Buddy’ McGirt finally found a deserved new home in the International Boxing Hall-Of-Fame.

He might be better known to the current generation of fans for his work guiding fighters as a world-class and well-renowned trainer.

Multiple world champions have been cornered by McGirt including Arturo Gatti, Paulie Malignaggi and Antonio Tarver.

The honour bestowed upon him is something he is incredibly proud of and the support shown to him was a humbling experience.

“It was great and it was a lifelong memorable experience,” he exclusively told World Boxing News. “It was great that friends and family came to support me from Florida. They flew out (from Florida) and people from New York who drove up. They could have done anything else, but instead, they chose to come up and show me support. I thank them all. I thank everybody.”

In a career that spanned eighty pro bouts, perhaps his greatest win came in 1991 against the then WBC welterweight world champion, Simon Brown.

It was a wonderful display of backfoot boxing using speed and counter-punching to rip the title away from the champion. 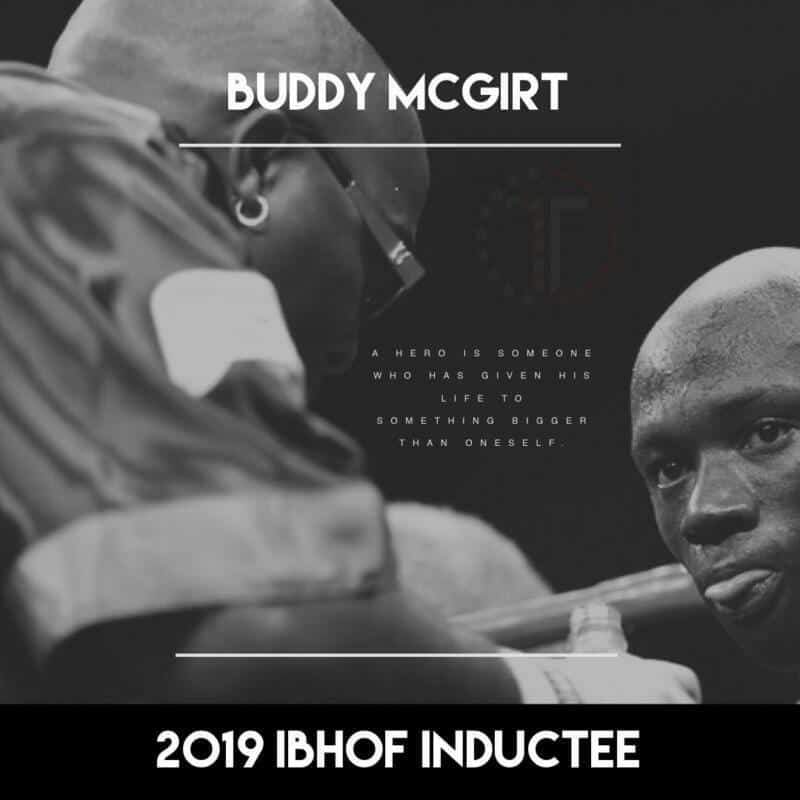 “Everything I had always put in my mind if I fought Simon Brown worked that night,” he proudly told me. “I just had it embedded in my head that if you fight Simon Brown, you’ve got to be in super-duper shape. When Simon Brown steps on the gas and picks it up – you got to step on the gas and pass him. If you don’t pass him, you in deep trouble.

“When he stepped it up, I stepped it up double. Which means he had to step it up triple. He wasn’t used to that and he wasn’t ready for that. It (tiredness) just showed in each round. After the sixth round he started fading when he’d normally get stronger.”

As the fight wore on and the pace increased, McGirt spat his mouthpiece out as if to show he was struggling with the high tempo. That wasn’t the case.

“I was struggling with the mouthpiece. The material that the mouthpiece was made of, if it got dry, it makes you gag. I was gagging and I’m not going to throw up in the middle of the fight. I’ll spit this f***ing mouthpiece out. Whatever material they used to make it, as long as it’s wet, it’s beautiful. But when that s*** gets dry – oh my god, you start choking and gagging.”

That’s the last thing you need in the middle of a world title fight.

One thing that hadn’t yet been invented during the two-weight world champion’s heyday was social media. It divides opinion today and Buddy sees the positives and negatives it entails.

“I think it’s positive in the sense that it can gain you more fans and let people know what you’re really doing. But, sometimes you don’t want everybody to know your business and some guys get a little carried away on there.

“They let the whole world know what they’re doing, which is not too bright all the time.”

Wise words from one of boxing’s wisest guys.