Ruiz shocked many with a dominant display against an out of sorts Joshua at Madison Square Garden in New York.

In the ring at the post-fight media duties, promoter Eddie Hearn stated Joshua would exercise his right to a UK rematch.

WBN has now learned this is not likely to be the case, as things currently stand.

TV streaming service DAZN, whom Joshua is tied to for at least one more fight, are pushing hard for the Ruiz v Joshua return to remain in the USA.

DAZN is hoping for another action-packed battle between two big-hitting heavyweights to push American subscriptions. 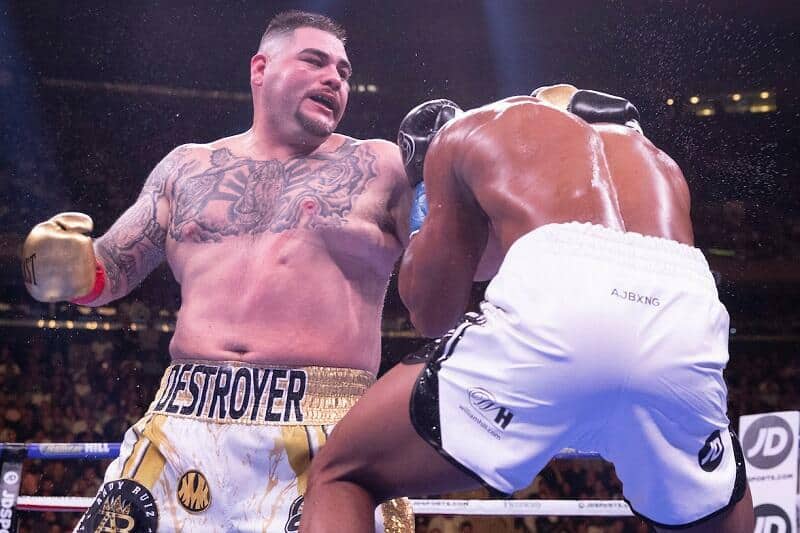 One problem is, both have no roof and will be unworkable due to winter conditions in November or December.

The standout available destination is the Principality Stadium in Cardiff. A venue which is the only one to have been used by Hearn and Joshua outside of summertime.

Wales would certainly not be an ideal venue for DAZN. Hence why officials want Hearn to arrange the bout back a The Garden.

Despite Ruiz lobbying for Mexico to be looked at as a viable alternative, WBN understands the new title holder has no chance of gaining home advantage for the encounter.

Handing Ruiz a massive homecoming championship defense would verge on career suicide for Joshua. You only have to look at the heroes welcome ‘The Destroyer’ was given recently in order to see that fact.

Joshua must win the return clash, if only to avoid a title lock-out by Haymon. His team will be fully aware that earning redemption in New York would be the perfect scenario all around.

United States venues could unfathomably become a no-go for AJ moving forward – unless he addresses those demons immediately.

The 2012 Olympic gold medalist has announced his willingness to go back, whilst DAZN chiefs are letting Hearn know their stance on the future battle.