Floyd Mayweather advisor Leonard Ellerbe had high praise for Manny Pacquiao as the Filipino bids to claim the WBA welterweight later this month.

Discussing the fight, and Pacquiao’s position after Mayweather’s retirement, Ellerbe had nothing but praise.

“We’re looking forward to working with our partners in bringing yet another blockbuster back home to MGM Grand here in Las Vegas,” said Ellerbe, who is also CEO of Mayweather Promotions.

“This fight is a tremendous opportunity for both guys in terms of where they are in their respective careers. Pacquiao is currently the biggest name in the sport.

“Thurman is a young skilled undefeated fighter in the prime of his career. It makes for a compelling matchup.

“I know both fighters will be ready for the challenge that lies ahead of them come July 20. I can’t wait to see this one go off.” 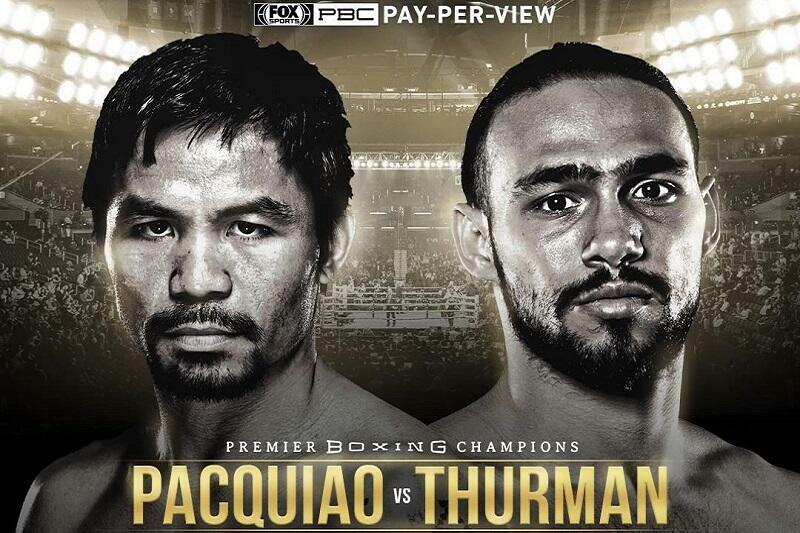 Pacquiao’s advisor Sean Gibbons added: “Senator Pacquiao is thrilled to be back in ‘Viva Las Vegas,’ fighting at the best venue for boxing – the MGM Grand Garden Arena. This is where the Pacquiao vs. Thurman world welterweight championship belongs.

“We’re excited to be working with our partners at PBC, Mayweather Promotions and TGB Promotions.

“Manny is fighting in the biggest fights on a global scale. It doesn’t get any more global than FOX Sports Pay-Per-View.

“Fans have always enjoyed watching Pacquiao and Thurman compete in the ring. We are confident they will, once again, give boxing fans worldwide everything they’re expecting, and more.

“God bless Manny and Keith for stepping up to give us this fight!”

“This will be a sensational matchup between two great fighters. We’re looking forward to hosting this championship event at MGM Grand in July,” he said.

“Fans have always enjoyed watching Pacquiao and Thurman compete in the ring. We are confident they will, once again, give boxing fans worldwide everything they’re expecting, and more.”

Tickets for the event, which is promoted by MP Promotions, Mayweather Promotions and TGB Promotions, are on sale now and can be purchased online through AXS.com, charge by phone at 866-740-7711 or in person at any MGM Resorts International box office.