Former pound for pound number one and heavyweight contender Antonio Tarver is relishing a current role training his undefeated son.

Tarver, who reached his half-century of years last November, last competed himself in 2015. Just eleven months prior, son Antonio Jr. had made a successful debut of his own.

Giving ‘The Magic Man’ renewed focus during a frustrating time in his career, Tarver took the reigns to guide his 31 year-old offspring.

Junior has now racked up six straight victories as a professional, the most recent an eight-round decision of Thomas Hill at the Beau Rivage Resort and Casino in Biloxi.

In an update to WBN, Tarver opened up on his son’s desire to compete and what the future holds for the family double-act.

“I’m loving his progression. He’s showed me he has the fire and desire. To me, the skies the limit. What he wants is to become a champion and I’m just blessed to be in his corner,” Tarver exclusively told World Boxing News.

“We are hopeful that in twelve months we’ll be able to move him correctly. I believe after defeating a very skilled and experienced prospect in Thomas Hill, Jr. could be looking at a top ten ranking by then. But it’s all about association,” he warned.

“I’m still trying to land Jr. the perfect fit (to represent him). And as far as a promoter goes, there are only a few major players.

“I believe with Jr. being 6-0 with 4 KO’s and an eight round fighter, he’s ready to be put on the fast track.” 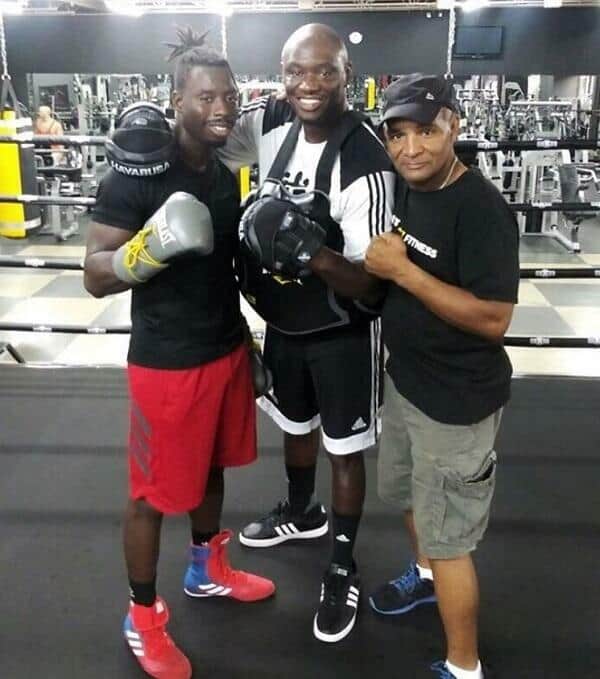 Asked what is being worked on the most in training, Tarver replied: “The main thing I’m trying to instill in him are the fundamentals, the basics.

“We work on everything. Mostly the things I believe he’ll need to improve on that best prepare him to succeed. I’m basically feeding him all my experiences, which is the one and only thing he lacks.”

On adjusting from being a fighter to a trainer, the Rocky Balboa star added: “Coaching is a natural progression. I’ve always been a people’s person and why not give back?

“That’s how you keep it moving, to pass on your knowledge. I’ve had some of the best trainers and teachers. From Jimmy Williams to Hall of Famer Buddy McGrit. And as of late, working with Orlando Cuellar. That’s my edge and I’ve been taught by the very best, collectively.”

“We’re targeting mid-to-late July for another fight. He took one week off and he’s already back in the gym. Beating a prospect like Thomas Hill sets him up for the next one.”