The Ring Magazine panel have, like WBN before them, moved to elevate Tyson Fury to the number one position in the heavyweight rankings.

In a further move, Andy Ruiz gatecrashes the division at number three, the same position handed to the new title holder by WBN on Monday.

Deontay Wilder took over the top spot after WBN pushed the American past Joshua and Fury on the back of his win over Dominic Breazeale.

Unlike WBN, The Ring previously had Joshua at one, before Fury and Wilder following afterward.

What this means is the coveted ‘Rocky Belt’ will be on the line when Fury and Wilder compete in an expected rematch next year.

February has been slated as the date for a high-profile rematch of the December showdown, which ended in a draw.

The Ring said regarding the situation: “Ruiz crashes rankings at No. 3. Joshua falls from No. 1 to No. 4. Tyson Fury and Deontay Wilder are now Nos. 1 and 2.

“Should they hold their current placement going into an anticipated rematch in early 2020, the vacant Ring title will be on the line.

“But, as June 1 reminds us, a lot can happen in the heavyweight division in that time,” wrote Editor Doug Fischer. 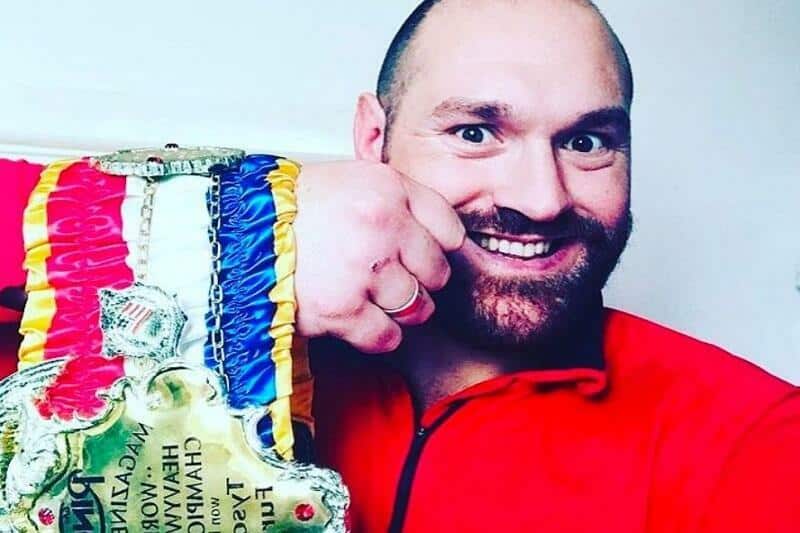 Fury, who held the Ring strap when defeating Wladimir Klitschko in 2015 and never lost it, must come through Tom Schwarz on June 15 in Las Vegas.

The ‘Gypsy King’ can then move on to potentially two more warm-ups before Wilder.

Signing with Top Rank earlier this year, and ultimately postponing the return with Wilder, Fury stated he wanted three outings in 2019 before trading blows with the dangerous American puncher again.

Before that, Joshua will fight Ruiz for a second time. There will then be another Ring Magazine debate to be had should the Briton gain revenge on home soil.

Ruiz v Joshua II is earmarked for November or December in the UK.