Former world champion Amir Khan has faced more criticism than most during his career, but one thing he’s never been labelled is a quitter.

That’s the situation the Bolton man found himself in following a six-round loss to Terence Crawford last month.

Khan was struck on the mid-side of his cup by Crawford. He immediately felt the pain shoot into his stomach.

In some distress, the 32 year-old was unable to continue on the advice of his lead cornerman and trainer Virgil Hunter.

The fight was halted. Khan then walked into a media and fan backlash.

Many on social media branded Khan ‘a bottler’ – whilst some harsh reports simply stated the Olympic silver medalist merely quit and wanted no more.

It was a storm Khan wasn’t used to, although the fighter himself was philosophical when discussing the matter.

“I’m always going to get critics and people giving me stick. I’ve been around a long time and I’m normally one of those guys who if I’m hurt, I’ll still fight,” Khan exclusively explained to World Boxing News.

“I thought no. The best option for me at the time was to retire (that round). I also had Virgil shouting at me from the bottom (of the ropes). He was saying, ‘I’m calling it, I’m calling it’. 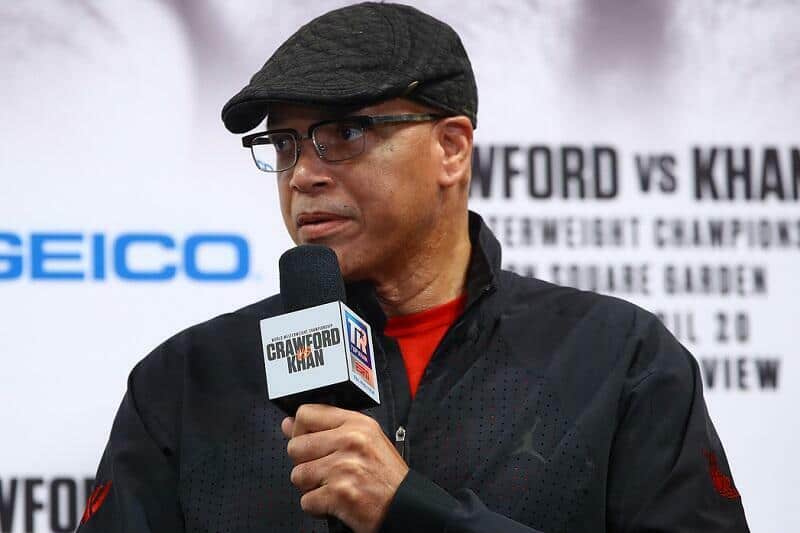 “It’s hard because I’m listening to my body and things are being said in the corner. I want to stay in the ring and fight. Then the fight gets called off. It does get a little bit confusing.

“I’m not blaming Virgil for stopping the fight. He knows best from looking in from the outside. He sees more than what I see in the ring.

Asked whether his partnership with Hunter had now run its course, Khan replied: “I don’t know what I’m doing at the moment. It’s hard to say, really.

“He’s been good to me. But with nerves and the occasion maybe some people panic a little bit over a little thing. Kind of make it bigger than it is.

“I don’t know. I’m just going to talk it over with my team first and see where we go from here and what we do next,” he added.

Khan expected to be back in the ring later this summer, with news due after he partakes in the final couple of weeks of Ramadan.