Tough John Ryder knows a victory in Las Vegas on Saturday night can be the catalyst for a huge match-up later this year.

The Londoner battles hardened Aussie Bilal Akkaway at the T-Mobile Arena on the undercard of Canelo Alvarez’s middleweight unification with Daniel Jacobs.

Ryder, known as ‘The Gorilla’ for his build and marauding style, was due to face Canadian puncher David Lemieux until injury scuppered the bout.

Now focused on Akkawy, Ryder and trainer Tony Sims have been meticulous in their preparations.

“It was a shock when I received the call from Charlie Sims (my manager) only 24 hours from boarding to L.A. to finish my camp,” Ryder exclusively explained to World Boxing News.

“But my team did a great job, they got me a new opponent in a very short amount of time. And for the same reward on the night.

“I had to refocus and get back into training when I landed in L.A. but we are more than ready for the replacement.

“Akkawy is a credible opponent. He’s undefeated, he is a puncher, and he’s very similar to Lemieux. He will be in there to win and take his opportunity.

“Style-wise it’s exactly what we’ve been training for in preparation.  I’m ready to fight and claim what’s mine. I’m fully focussed on Billal Akwaay. 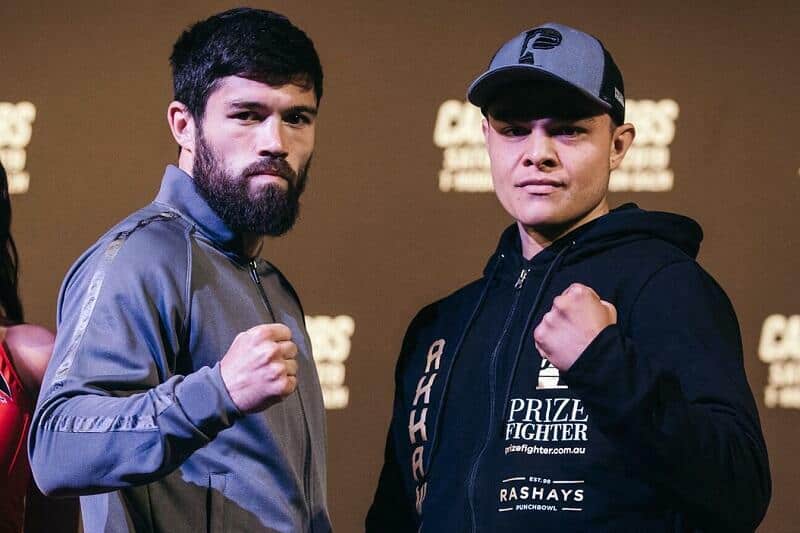 “Even though he’s a puncher, Akkawy is slightly wild at times. He’s a come-forward fighter. I expect pressure, but also to meet him in the middle.

“It’s built for a great fight on a big stage.”

“Me and Tony (my trainer), we’ve watched almost every fight of his. We have studied hard and we have a game plan A, B and C.

“We believe we know what to expect from him come fight night.”

Already linked to facing Canelo or WBA ‘Super’ Super-Middleweight title holder Callum Smith, Ryder was quizzed on whether he expects to reschedule the Lemieux fight in order to earn a shot at the Mexican superstar.

“Right now, my focus is on fight night versus Akkawy. But ultimately a win can put me in line for Canelo. That’s if he doesn’t fight Gennady Golovkin later this year.

“But we all know I’m still scheduled to fight Smith at some point following my final eliminator win against Sirotkin.

“I think there are big fights for me out there. But I have to take them one at a time. And I have to win come fight night May 4th,” he concluded.