Robert Easter and Rances Barthelemy fought out a split draw on Saturday night with one of the lowest outputs seen in world title fight history.

Easter and Barthelemy missed out on claiming the vacant WBA lightweight championship in a fight which saw just 106 punches landed in the whole fight.

That’s an incredible statistic of almost NINE punches per round hitting the target.

COMPUBOX: It was a fight that resembled Fischer-Spassky (chess) far more than than Arturo Gatti versus Micky Ward. But this was the thinking-man’s fight.

Also, it turned into a nightmare for the judges to score because neither man was able to land ten total punches in any given round and the margin of separation was almost non-existent.

The gap between the pair was never more than four punches (8-4 Easter in round two) and was one or zero in six of the rounds.

It was a defensive tour de force in that Barthelemy led 16%-13% overall and tied at 7% in jab accuracy (Barthelemy led 35%-25% in power accuracy, probably because he prevailed 33-20 in body shots). 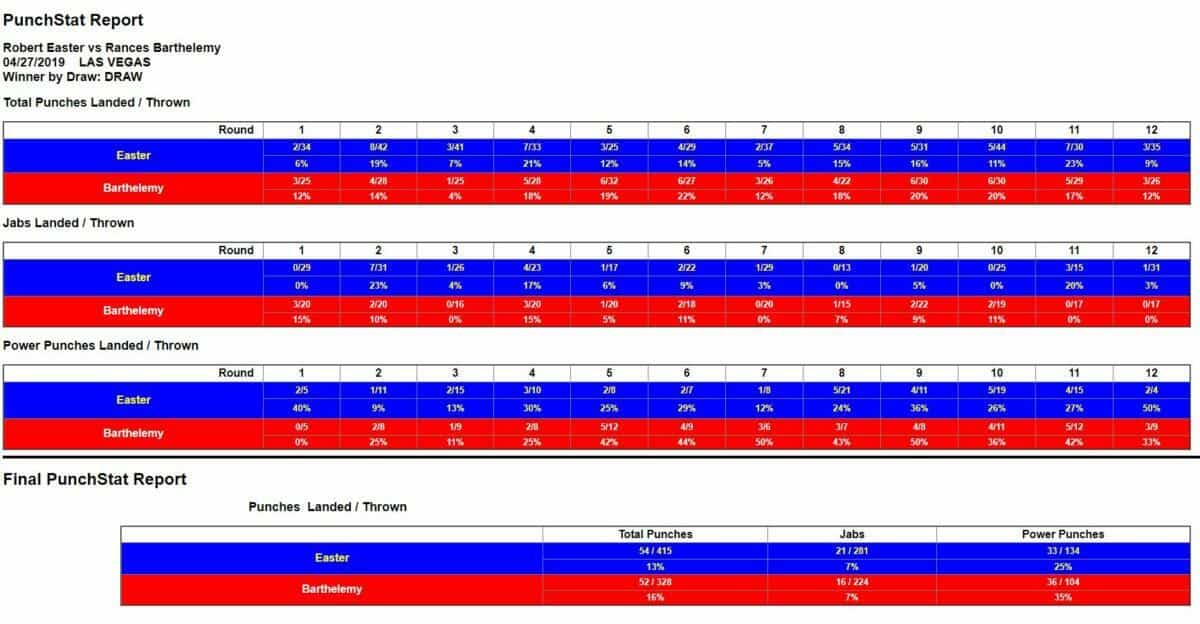 To put the fight into perspective, Gatti-Ward had 110 punches landed in the ninth round alone, which was more than the whole Easter-Barthelemy fight put together.

(Samuel Rosenberg): Neither man really engaging the other as the clash of styles resulted in a more technical fight. With neither fighter really landing much of note throughout the course of the fight.

The fight was Barthelemy’s return to 135 pounds after a couple of fights in higher weight classes where he did not fare so well. He came into the fight after taking his first loss last year against the Belarussian native Kiryl Relikh for the 140-pound title. 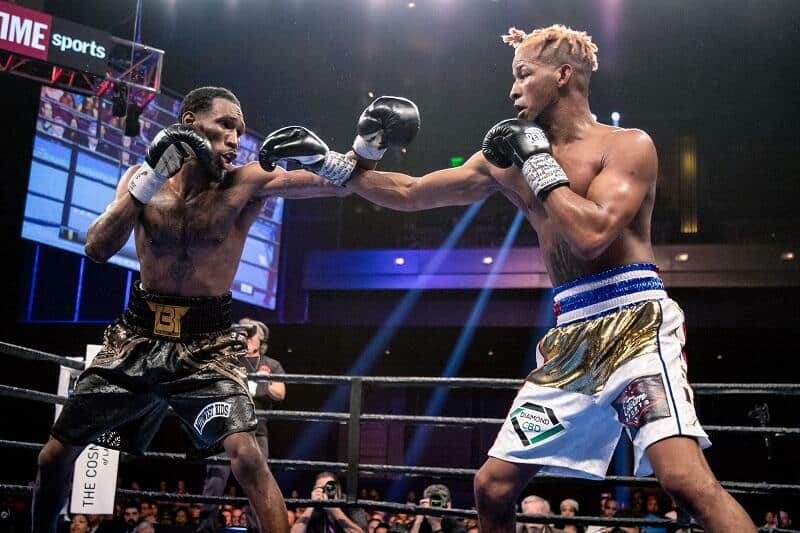 Easter Jr., on the other hand, could not compete with Mikey Garcia in his most recent match and fell by way of the scorecards. Easter typically has a very high punch average and tends to overwhelm his opponents thanks to his punch volume, hitting from long distance but he did not employ that in this fight.