Jones, who twice fought Khan’s UK rival Kell Brook, is currently plotting a comeback to the ring. The 32 year-old last fought in September.

Khan’s six-round loss to Crawford has been the talk of the sport since last weekend. The Briton was hit by a low blow at Madison Square Garden which everyone seems to have an opinion on.

Some say Khan was hit in the groin, not the testicles. Whilst most believe Khan simply didn’t want to fight anymore.

The Bolton man said trainer Virgil Hunter made the decision and it now seems unlikely the pair will work together again.

Asked for his view, Jones certainly didn’t hold back.

“That’s a cardinal sin in boxing. And not to mention it was a Pay-Per-View fight with a lot of people paying money (up to $69.95) to watch.” 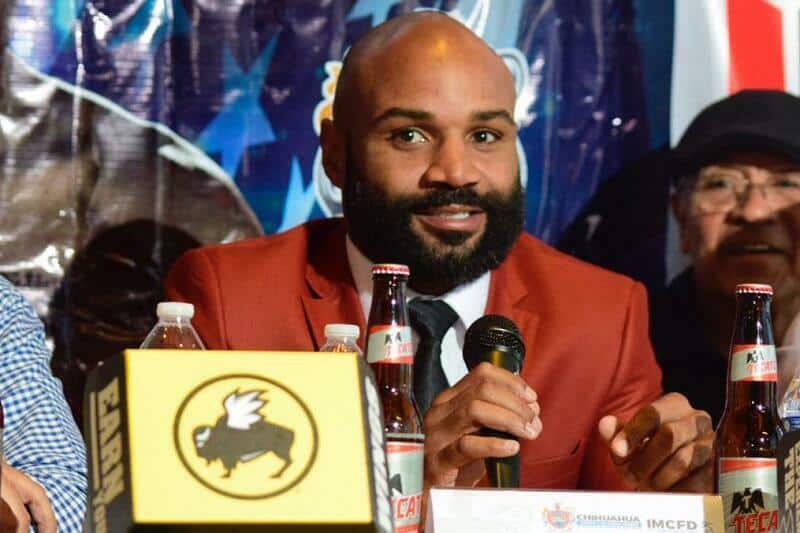 Former foe Brook was sitting ringside to witness what transpired in New York. ‘The Special One’ has been linked to facing Crawford himself in the aftermath.

Brook versus Khan has long been touted as a mega-money fight in the United Kingdom. Interest wains. though, year up year the fight fails to make it over the line.

In Crawford v Brook, Jones would like to see that encounter happen down the line as with ‘Bud’ battling Errol Spence in a 147 unification.

“I’m interested in how Kell Brook would in a fight with Crawford,” he pondered. “I think he will do a lot better than Khan. I just don’t think he will win.

“Terence Crawford is a different animal right now. I also think he beats Errol Spence whenever that fight happens too,” Jones concluded.

The welterweight division is currently buzzing, with Spence ready to face Shawn Porter for the IBF and WBC versions this summer.

WBA rulers Keith Thurman and Manny Pacquiao are also set to duke it out in order to make one less belt at the limit.

Eventually, the winners of Spence v Porter and Pacquiao v Thurman could meet for three championships by the end of the year.