It was a thrilling night of action at The Forum in Inglewood, California, and around the world on DAZN.

Pound-for-pound star Srisaket Sor Rungvisai and Juan Francisco Estrada met at the site of their first fight, which was a leading contender for “Fight of the Year” in 2018.

They continued their tremendous ring rivalry with an action-filled fight.

Estrada (39-3, 26KOs) exacted revenge in the rematch and claimed the WBC and Ring Magazine Super Flyweight World titles from Rungvisai (47-5-1, 41KOs) via unanimous decision in the main event of the evening.

Roman bested Doheny en route to a close majority decision to unify the WBA and IBF Super Bantamweight World titles. He scored two knockdowns, one in the second round and another in the seventh round.

On what this moment means to him: “I am happy. Thank you to all of the people in Mexico and here tonight for supporting me.”

On Rungvisai fighting out of an orthodox stance in the rematch:“He surprised me a bit by that. Because he is always lefty, it surprised me that he was righty tonight. But I felt him out well when he fought right handed.”

On trading shots with Rungvisai when he was far ahead on the scorecards: “I needed to show the Mexican fans and everyone here tonight that I was going to win that belt.”

On his strategy during the middle rounds: “TJ connected with a good shot and I knew I shouldn’t exchange with him. He’s a strong guy.”

On his body work: “Once I connected on two big body shots, I saw his conditioning going down and I jumped on it. I just kept it going.”

On whether he wants champion Rey Vargas next: “Give me Rey Vargas. I want the fight, we are two great champions. Let’s do it.”

On the decision: “First off, I want to congratulate Danny. Not just him but his whole team. He is a great fighter but even more than that, he is an absolute gentleman, so all the credit in the world to him. The plan was to become the unified champion but that didn’t happen. My second plan was to go to war and put on a show for Los Angeles and we did it.”

On Daniel’s consistent body attack: “The body shots broke me down slowly. But I am an Irish fighter and we are warriors so we stick around until the end.”

“Thank you to Eddie Hearn for giving me this amazing opportunity, it meant so much and I can’t wait to see what’s next.” 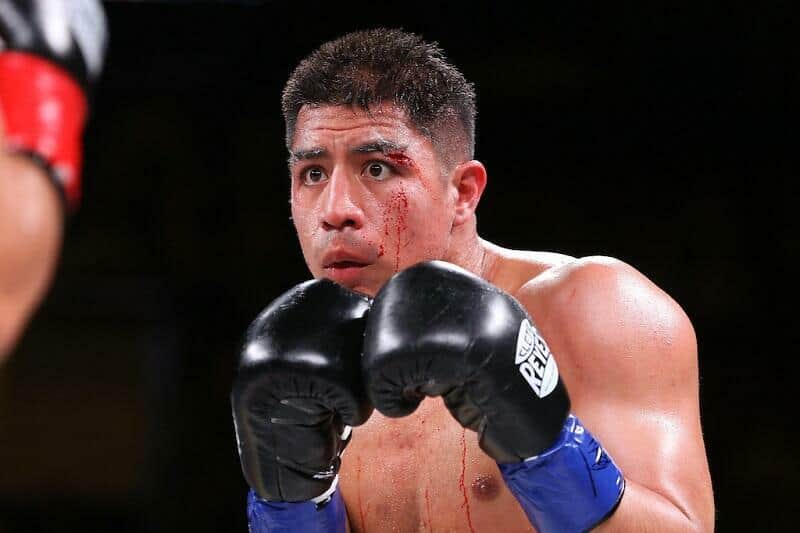 On his performance: “Honestly, I was looking for the big shots, looking for body shots. But he is a crafty veteran and he proved that tonight. I just tried to dictate the pace but he was fighting in spurts and he would put together combos.”

On the accidental head butt and ensuing cut in the first round: “It was really frustrating. It’s the first round, it’s very frustrating. I get headbutt and get a cut. So then I am thinking constantly about his head movement and where he is at because I didn’t want another cut. And listen, I’m not saying it’s his fault or anything like that. I am scarred for life again but it’s because of this beautiful sport.”

On what is next for him: “I am ready for whatever is next. I’m ready for anyone. I want a world championship. I will let Eddie find the right opponent. But man, I haven’t had a KO in almost three years and I got it. It feels great and it is a credit to Freddie Roach and the great three month camp we had out here in Los Angeles.”