Likeable heavyweight David Allen catapulted himself into the UK big time with a stunning stoppage win in London.

Allen had the win of his career against Lucas Browne, closing the show with a crunching body shot at 0:58 of the third round.

Browne entered the ring a much bigger man than the ‘Doncaster De La Hoya’ but Allen held a high guard and tried to jab his way into the fight.

In the first two rounds, Browne was outworking Allen taking both sessions on the WBN scorecard.

Allen rightly so, jumped for joy amidst the best win of his career.

A fight against David Price could now be on the cards in the summer. 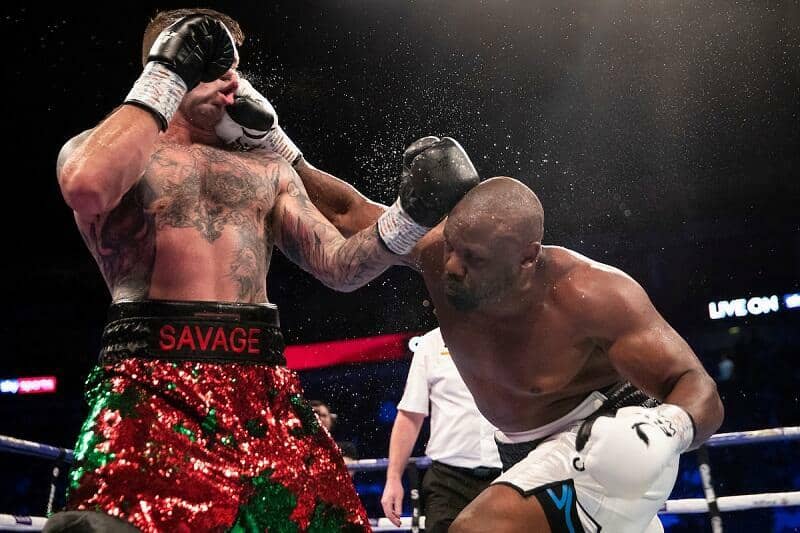 The fight started to look promising with Chisora and Gashi exchanging blows in the first round. Both men having to take two steps back.

Chisora backed Gashi into a corner in the second where his attack forced him onto a counter right hand.

Gashi worked harder and put his punches together forcing back Del Boy in the third.

The fight became a totally one-sided affair during the mid-rounds as the action wore off.

Gashi started to take rounds off and Chisora built a firm lead, refusing to engage for the last few rounds.

‘WAR’ attempted to finished the job, but excess weight brought into the fight didn’t make for good mobility.

In the end, it was Chisora who took victory with a wide decision from the judges after ten.

Who knows where Chisora goes from here after getting his career firmly on track with the triumph.