On the back of taking a look at the United States Pay-Per-View scene since the massive Floyd Mayweather v Manny Pacquiao all-time PPV event, WBN adds the UK market in for a second installment.

Gaining one million plus buys these days is hard going. There have only been five bouts able to reach that figure in the four years since Mayweather defeated Pacquiao.

Streaming services are a big threat to the declining trend. Although FOX, Showtime and ESPN are aiming to fend off DAZN’s bid to ‘blow up PPV’.

On the world scale, the United Kingdom has enjoyed success through their number one star Anthony Joshua. The heavyweight ruler makes his long-awaited American debut on June 1 at a pivotal time for his home country.

Promoter Eddie Hearn’s decision to crack the US market has meant a sharp fall in the quality of shows taking place in Great Britain.

Taking a lot of his big names abroad, only the likes of Dillian Whyte and Kell Brook have been left to keep the UK afloat on Sky Sports.

Brook had a brief flirtation with PPV in his career. Whilst most of Whyte’s recent fights have been on the paid format.

You can now count on one hand the amount of British fighters who are – or have the potential to be Pay-Per-View on their side of the Atlantic.

Add to that the fact that any future stars will probably be taken over to DAZN once they reach a certain level, the UK scene is looking bleak for the immediate future.

The days of Joshua hitting over a million buys are over until an agreement is finally made to face Deontay Wilder or Tyson Fury.  Hence the decision to concentrate on building his name across the pond.

On the list below, Joshua holds the top two spots. AJ’s massive world title unifications with Wladimir Klitschko and Joseph Parker feature, plus further down the line Joshua’s clash with Carlos Takam.

Potentially, a new name in Oleksandr Usyk versus Joshua could work. That’s simply based on the numbers generated by the Ukrainian when retiring Bellew last year.

Bellew’s two fights with Haye did remarkable numbers. All considering the fact the latter’s body just couldn’t stand up to the sport anymore prior to the first outing. 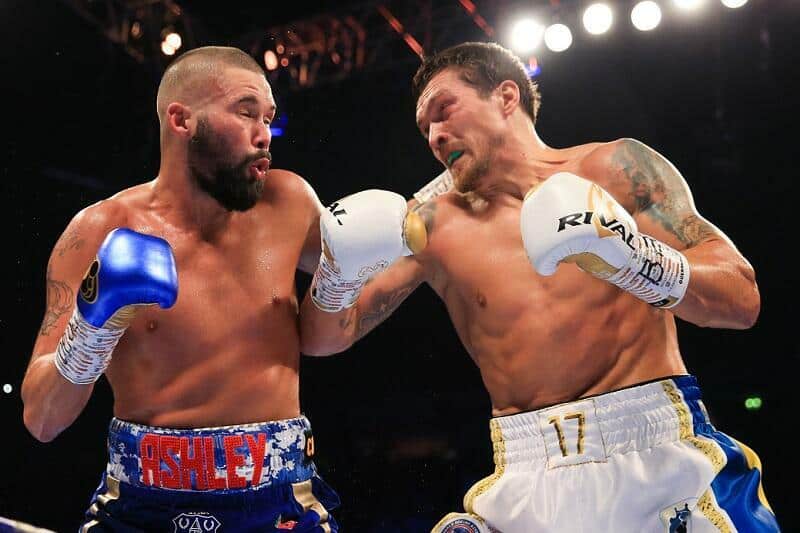