Once again displaying his powerful position as a free agent, Deontay Wilder has secured Sky Sports for his next world title defense.

The WBC heavyweight champion fought out a twelve round classic with Tyson Fury last December, broadcast on BT Sport in the United Kingdom.

After much deliberation, Wilder has decided to accept an offer to appear on BT Sport’s rival network for his clash with Dominic Breazeale.

Confirming the deal on Monday, Head of Sky Sports Boxing, Adam Smith was clearly delighted to have secured the services of Wilder.

“Deontay Wilder’s WBC title fight with Dominic Breazeale kicks off a massive three weeks for the heavyweight division,” Smith told Sky Sports. “All eyes will be on ‘The Bronze Bomber’ as he defends the WBC belt in New York.

“The following weekend cruiserweight king Oleksandr Usyk joins the top division by taking on Carlos Takam on May 25, also live on Sky Sports. 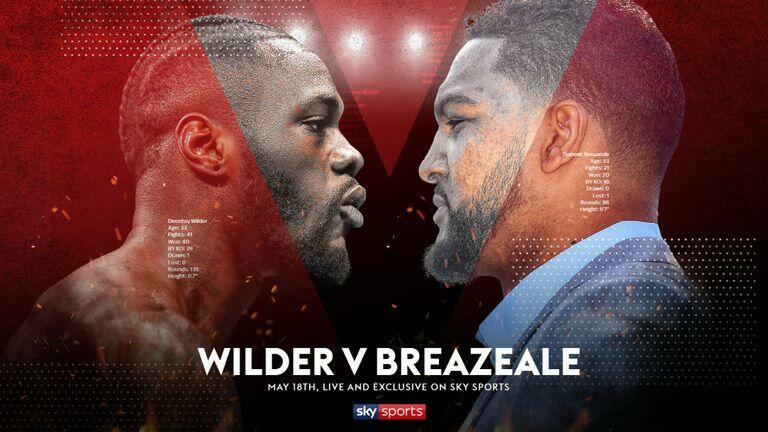 Explaining his position as a controller of his own destiny recently, Wilder made it clear accepting offers from DAZN and ESPN were not purely down to money.

“I have had a long relationship with Showtime. I consider these guys as family to me. We have came a long way in the network as they have displayed my talent.

“I’ve helped the network rise with my knockouts. People love knockouts and they know that most likely when they come see a Deontay Wilder fight that’s what they going to get.

“I also have a great relationship with the Barclays Center. I’ve been here so many times. I mean, you know you’re the man when you have your face painted on the back.

“In seeing that, it lets me know I’m here to welcome the people who love me. Like I said, when am here they call me the ‘Bronx Bomber’ – I except it.

“The love it here. The energy here is amazing and that’s one of the reasons why we are coming back here,” he added.