Both men endured sickening facial injuries after they pounded each other for the full five-round duration.

In the aftermath, some boxing fans took to social media to state the rules of the engagement were close to medieval and plain just too brutal.

The fact that one of boxing’s favorite sons, Malignaggi recently signed up to fight the winner next, then became a very real situation.

Malignaggi is one of those fighters who ended his career with an actual face for television, something which Lobov will now look to rearrange for him.

Lobov is aiming to halt Malignaggi’s attempts to lure Conor McGregor to BKFC, although he’ll need some time to recover from the damage done by Knight. 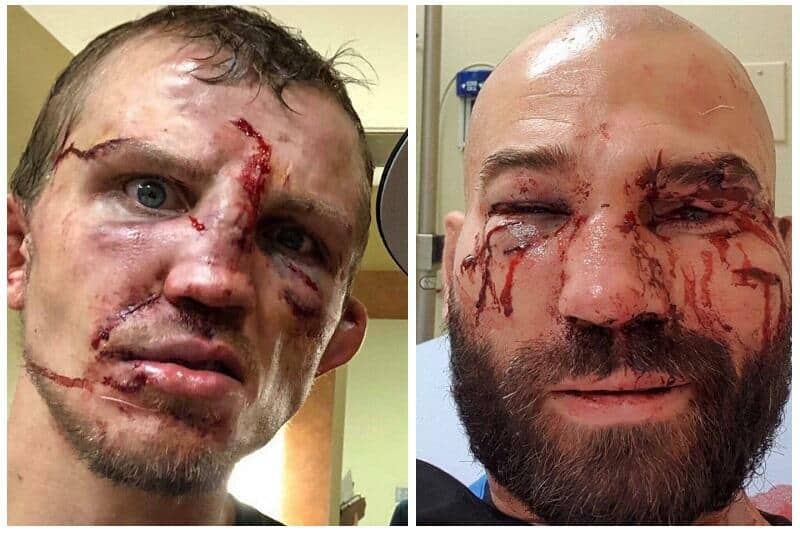 Speaking after the contest, Lobov and Knight were gracious enough to give interviews before seeking medical treatment.

“I thought he was conquered many times,” said Lobov. “I dropped him three or four times. He’s a tough, tough kid. He kept coming and coming. That was a great fight.”

During the collision, Knight stopped briefly to spit out a tooth. A further indication of what Malignaggi can expect if he fights in June.

‘The Magic Man’ has skills to pay the bills. Even though power has never been his strongest point. All this could lead to another five round slog in prospect.

A famous orbital bone facial injury against Miguel Cotto back in the day may come back to haunt Malignaggi. A grotesquely swollen cheekbone appeared during a warrior performance by Malignaggi at MSG back in 2006.

Saying this, the general consensus remains that the Italian-American will be just too skillful for Lobov. In effect, he should get the W.

Furthermore, how long that could go on for. And how much punishment each man will dish out in the process is a different story entirely.