Advertisements
Home » Vinny Mitchell, ex-pro and brother of Kevin, tragically passes away at 31

Vinny Mitchell, ex-pro and brother of Kevin, tragically passes away at 31

Mitchell was involved in a tragic traffic accident on Monday. Vinny was the father of four children.

The 31 year-old shared the same love for boxing as brother Kevin. Vinny turned pro in 2007, four years after his older sibling, and fought 13 times as a professional.

That reverse meant Vinny had to re-evaluate his boxing career. The Dagenham man fought just once more before hanging up his gloves in 2010.

Former world title challenger Kevin, who was very close to his younger brother, led the tributes in a social media post.

“There are not many things I can say to say how heartbroken I am. I love you Vinny Mitchell I promise I’ll make sure your kids will know who there dad was.

“It kills me. See you again some day brother,” said Mitchell. 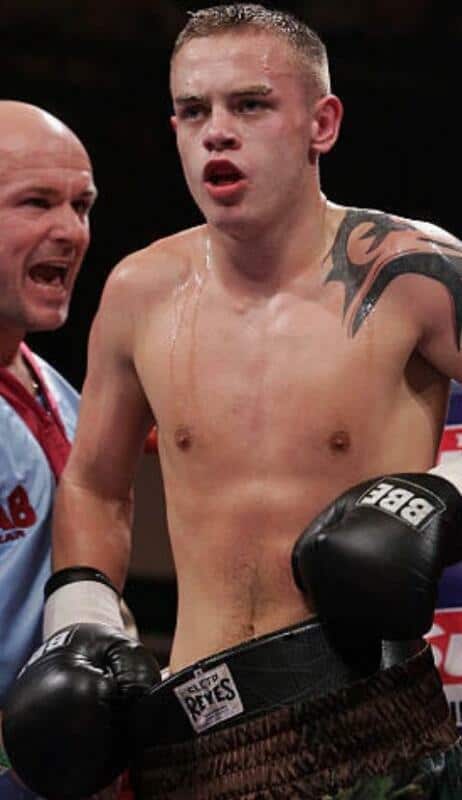 “So sorry to hear about the passing of Vinny Mitchell this evening. All our thoughts are with @KevinMitchell6 and the Mitchell family.”

Spencer Oliver stated: “Absolutely devastated to hear that Vinny Mitchell passed away today. My thoughts and prayers are with @KevinMitchell6 and all his family.”

“Gutted at the passing of Vinny Mitchell.  Heartfelt Condolences to Kevin and the family,” said the American.

Vinny shared bills with the likes of Amir Khan and Audley Harrison. As well as Kevin on many occasions when signed to Frank Warren.

WBN would like to offer our condolences to Kevin and his family at this sad time.