Price was on top for four rounds. When tiring in the fifth, both fighters had their moments.

Clearly slowing down, an exchange led to the pair hitting the canvas together. 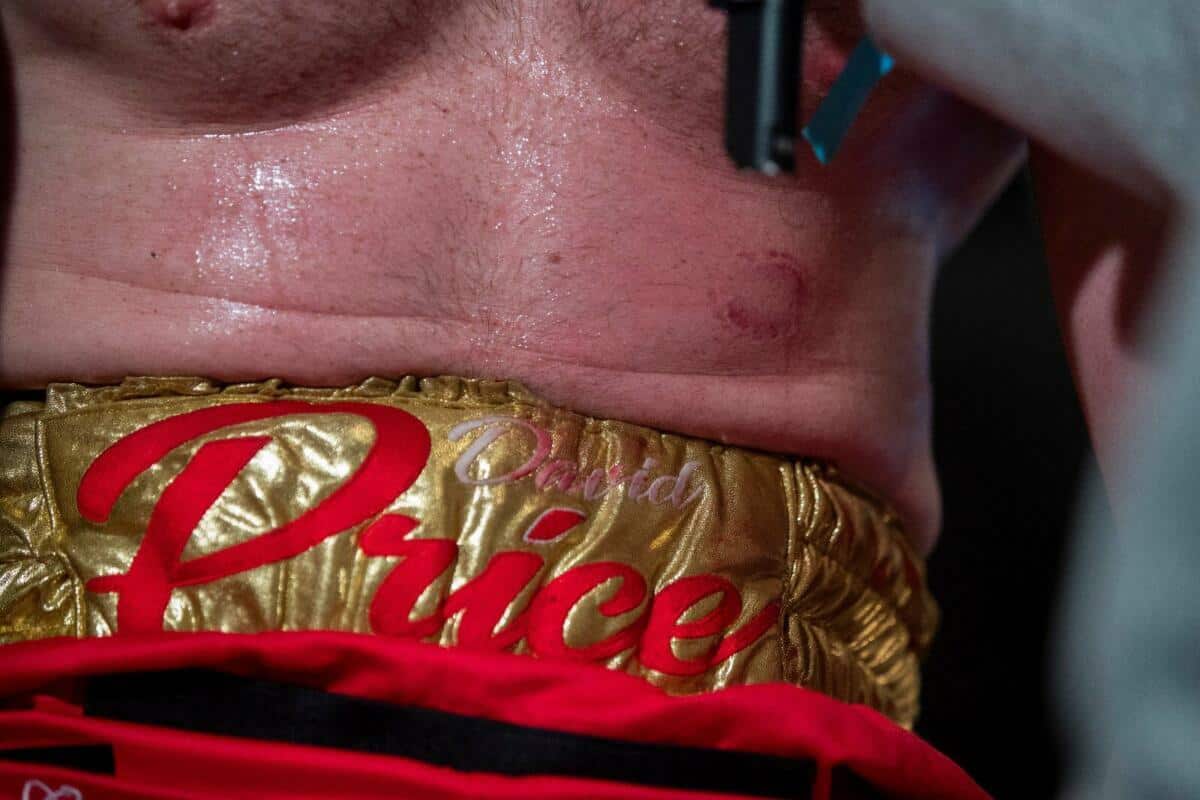 When down, Ali shockingly took a bite at the stomach of Price to get himself thrown out.

Ali suffered his first loss as Peice moves on to a certain step-up.

Price can now contemplate his next move against a top opponent in the UK or Europe.

Robbie Davies Jr. added the European title to his British super-lightweight belt in a closely-fought scrap with Joe Hughes.

A third scoring 118-110 for Davies clearly had an off night.

Vaclav Pejsar stunned the Liverpool crowd with a second round stoppage victory over Craig Glover.

Pejsar dropped the home fighter in the first. Glover was floored again in the second before the job was done.

Glover lost for the second time in eleven contests. Pejsar improves to 15-7.

Former world champion Paul Butler was made to work for a points win. The World Boxing Super Series reserve won 58-56 as Butler warmed up for sterner tests.

Ged Carroll defeated Des Newton via pointed decision. Getting a good six rounds in the bank in the process. 59-54.