Thousands of tickets have already been sold and the demand is huge for the cruiserweight semi-finals at the Arena Riga in Latvia on June 15. Now all ticket categories are on sale.

Hotly-anticipated is an understatement with tickets being sold rapidly for the cruiserweight double-header – Mairis Briedis vs Krzysztof Glowacki and Yunier Dorticos vs Andrew Tabiti.

“I am extremely happy to learn that – after only 24 hours ticket sale – the fans will turn up in huge numbers on June 15,” said Briedis the hometown- and Latvian national hero. “It motivates me to train hard throughout the training camp to be ready when the time comes to stand in front of the Latvian crowd.”

“It is a unique chance for the fans to be able to experience the four boxers, who are fighting for a place in the final for the Ali Trophy, on the same night, said Briedis. 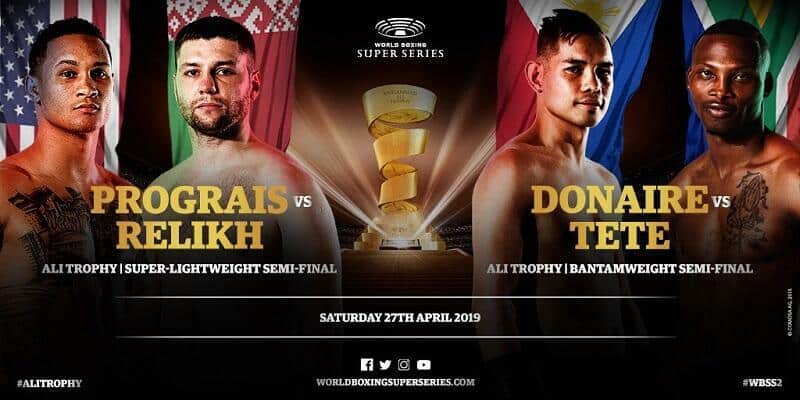 A Season 1 quarter-final and semi-final, Mairis Briedis vs Mike Perez and Aleksandr Usyk vs Mairis Briedis, were previously held at the Arena Riga in front of capacity crowds.

“It is fantastic for the local fans who will have had a chance to witness two bouts in a row with top3 fighters in the world – first Aleksandr Usyk, now Glowacki facing me – something that would make any other country in the world jealous and something that is so very rare in boxing,” said Briedis.

Tickets for the hotly-anticipated cruiserweight double-header – Mairis Briedis vs Krzysztof Glowacki and Yunier Dorticos vs Andrew Tabiti – at the Arena Riga in Riga, Latvia on June 15 are available from just €29 at: bilesuserviss.lv.

Fans in the U.S. and Canada can watch all the Ali Trophy semi-finals LIVE, exclusively on DAZN.