Undefeated female boxing star and fulltime police officer Tiara Brown (7-0, 5 KOs) has been named the 2019 Officer of the Year by the Metropolitan Police Department of Washington, D.C. Brown is a four-year veteran on the force under Chief of Police, Peter Newsham.

Brown was recently featured on the Steve Harvey talk show, which hailed her as a “real life super hero” for her work as a police officer and in community relations while finding success as a boxer. Artist Robert Ayala captured that sentiment in a comic book-style rendering.

“I’m thrilled to be honored with this award but, truthfully, I just do my job every day to the fullest of
my abilities and will continue with that mindset. It’s the same thing in boxing, work hard every day.”

The department’s Nineteenth Annual Metropolitan Police Awards Ceremony will be held on Tuesday, March 19, at THEARC Theater in Washington, D.C.

Promoted by DiBella Entertainment, Brown is one of the most exciting fighters in female boxing. 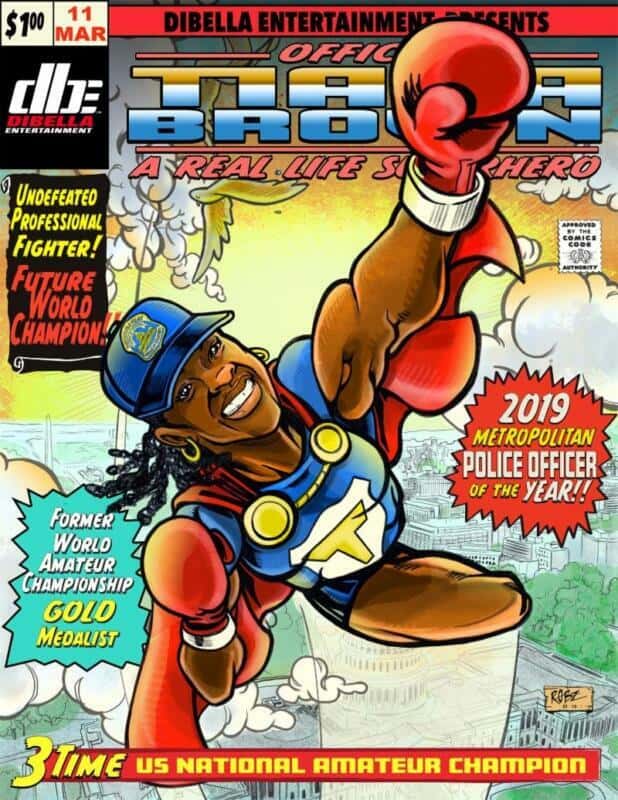 As an amateur, Brown was a three-time gold medalist at the USA Boxing National Championships, a gold medalist at the 2012 Women’s World Championships in China, and a participant in the 2015 Olympic Trials, before turning pro in September 2016. She has stopped her last three opponents and is coming off a victory against former world champion Dahiana Santana on December 8, 2018, at Bowie State University in Bowie, MD.

“I am so proud of Tiara,” said Lou DiBella, President of DiBella Entertainment. “She is a terrific fighter and a future world champion. More importantly, Tiara is a true role model, not only keeping the streets of Washington, D.C. safe, but also working as a mentor to inner-city youth. She is very deserving of this award and it is an honor to promote her.”